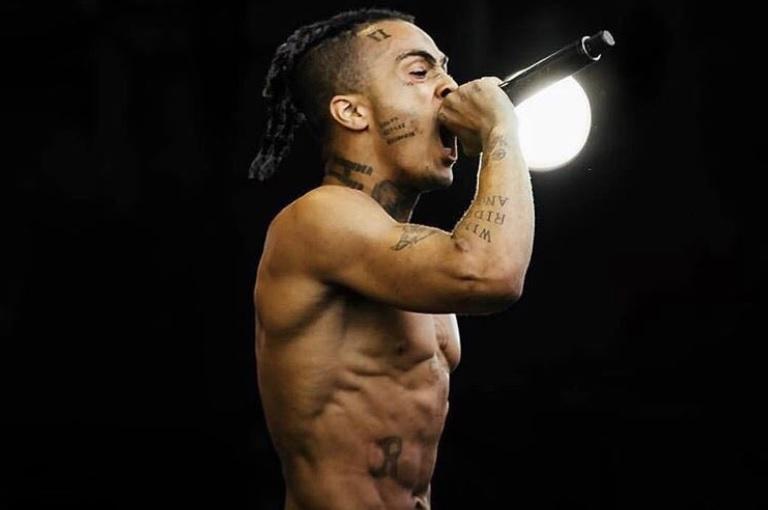 The deceased rapper known as XXXTentacion was revealed to be brutally violent toward an ex-girlfriend and stabbing nine people. How do we know this? Well, prosecutors announced they had a criminal case against the rapper largely predicated upon a secret recording of the rapper admitted to a string of violent crimes including violent assaulting his pregnant ex-girlfriend.

In June, the rapper known as XXXTentacion whose real name was Jahseh Dwayne Ricardo Onfroy was murdered in a botched robbery. The rapper was coming out of a motorcycle store when he was confronted by three armed gunmen who demanded he hand over a bag of cash the rapper had with him. XXXTentacion was planning on buying a motorcycle so he had $50,000 cash in a bag with him in his vehicle.

When he was murdered, XXXTentacion was awaiting trial for a 2016 domestic abuse case involving an ex-girlfriend. Miami-Dade County state attorney’s office charged the rapper with aggravated battery of a pregnant victim, domestic battery by strangulation, false imprisonment, and witness tampering.

The accusations were brought to light by the alleged victim in a January 2017 deposition but the rapper pleaded not guilty to the charges and planned on taking the case to trial. The online media outlet Pitchfork announced Tuesday that they had obtained a secretly recorded tape of XXXTentacion talking with friends about assaulting his pregnant ex-girlfriend and stabbing as many as nine people.

The secret recording was made around the time of his October 8, 2016 arrest and in it, he can be heard discussing his ex-girlfriend who he believed had cheated on him. Pitchfork reports the rapper says in the recording:

Although the rapper did not go into detail about what he had done to his ex-girlfriend, he did say in the recording, "I will kill that bitch if she plays with me." Pitchfork has only released a portion of the recording but says they are in possession of the full-length recording which they obtained from the Miami-Dade County state attorney’s office.

According to the state attorney's office, both the prosecution and the rapper's defense team considered the tape a confession. However, since his death, all criminal investigations into the rapper have been closed. The state attorney’s office even told Pitchfork the name of the person who made the secret recording but the website declined to name the individual. It seems the recording was likely obtained through a wire worn by one of the rapper's associates but this has not been confirmed.

The state attorney's office declined to provide the identities of the other people on the recording but Pitchfork did say that the rapper's acquaintances could be heard trying to talk him out of having "private time" with the victim. They even tried to talk him out of thoughts of suicide.

Aside from admitting to the threats against his ex-girlfriend, the rapper also referred to a stabbing in Deerfield Beach, Florida. The rapper says in the recording, "I’m on [Miami] New Times for stabbing, how many people they put in the news? They said three, it was eight." A January 21, 2016 report from a local newspaper in Florida reported that police were "searching for the person who stabbed three people during a fight in Deerfield Beach."

There have been no arrests in connection with the stabbings but a Broward County Sheriff’s Office report of the incident states that a witness "saw an unknown black male with tattoos on his face swinging a knife in multiple directions." In the recording, XXXTentacion even admits to stabbing a former manager, a crime he was arrested for in Orange County, Florida on July 14, 2016. He was released on bond shortly after his arrest.

The violent acts XXXTentacion describes in the recording explain why his ex-girlfriend was scared for her life and he can be heard saying, "She's seen this shit. She know." After his arrest in October of 2016, his music skyrocketed to the top of the Billboard albums chart. He has even passed several mainstream artists including breaking a streaming record previously held by country music singer Taylor Swift. Other comments from the recording include the rapper saying: