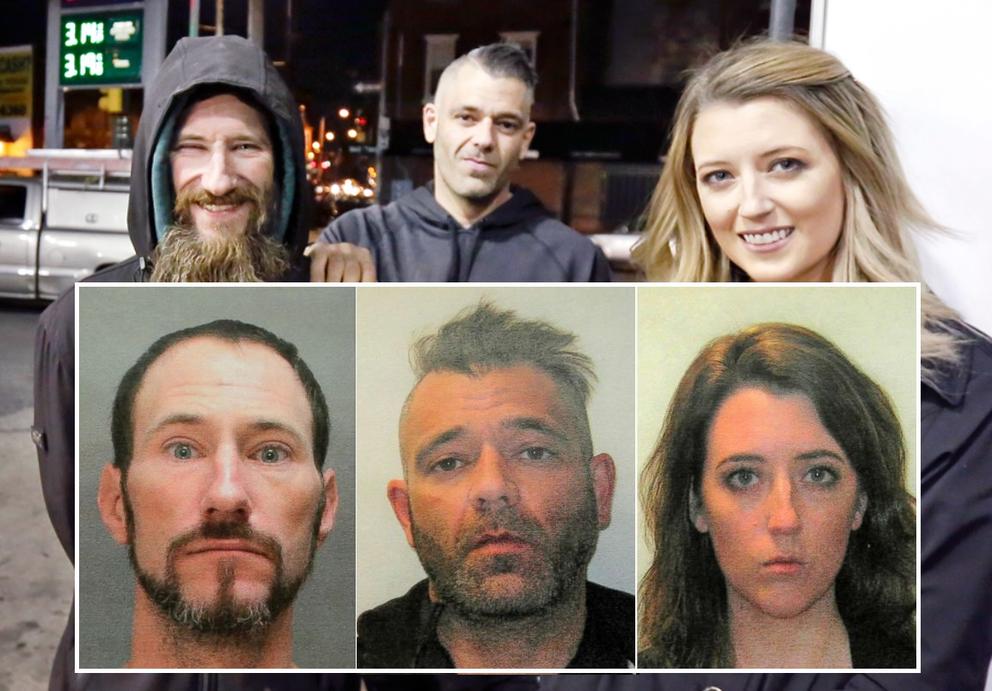 GoFundMe Campaign To Help Homeless Vet Was All A Lie

Do you remember a viral video that warmed our hearts last Holiday season when a homeless veteran gave his last $20 to a girl who ran out of gas? The story quickly went viral in November of 2017 and to thank the homeless vet, Kate McClure decided to start a GoFundMe campaign to raise money for the homeless 35-year-old veteran Johnny Bobbitt.

The story seemed like a "heartwarming tale" of a New Jersey couple who decided to help a homeless veteran who was addicted to drugs. It turns out the entire thing was a scam, and even the homeless man Bobbitt was in on it. Prosecutors say the $400,000 raised on GoFundMe was "predicated on a lie" intended to trick thousands of people into contributing to a GoFundMe campaign for Bobbitt.

Related coverage: <a href="https://thegoldwater.com/news/36251-Couple-Who-Raised-400-00-For-Homeless-Man-Ordered-To-Court-To-Account-For-Missing-Funds">Couple Who Raised $400,00 For Homeless Man Ordered To Court To Account For Missing Funds</a>

Kate McClure and her boyfriend Mark D'Amico even gave Bobbitt a new truck at one point with proceeds from the campaign, but where is the other $400,000? Investigators documented the couple's travel habits and found several expensive purchases in the time following the campaign.

Bobbitt soon got tired of waiting for his share and took the pair to court. All three were required to give depositions on where the money had gone. The case landed in court and the couple hired an attorney to represent them. The Judge handling the case was Paula Dow who said, "To single out two individuals, in particular, is grandstanding, and you've done it for the press on both sides and I won't have any more of this. The judge then went on to say why she needed to see both of Badway's clients."

Dow added, "You should advise your clients that they are directed by the court to appear, and they can assert their privileges at that time. I am no longer comfortable with counsel representing what their clients purport to say when I have no certifications from the clients, no appearances by the clients, and a record that before me lacks clarity at times as to what happened with the funds."

Then things took another turn for the worst, not only had McClure and her boyfriend absconded with the nearly $400,000, but it turns out that the homeless veteran Bobbitt was in on the plan the whole time. The stunt of giving his last $20 to McClure was purely intended to make the campaign go viral.

As the donations came pouring in, McClure told the New York Post, "This is nuts. It has changed my entire outlook about people, my outlook about people has skyrocketed. It’s the best Thanksgiving that I’ve ever had. He will never have to worry about a roof over his head again!!" A new home was never given to Bobbitt, an ex-Marine and firefighter, who was living on a camper that was on land owned by the McClure family.

McClure's boyfriend told the Inquirer last week, "Giving him all that money, it’s never going to happen. I’ll burn it in front of him." Bobbitt himself said, "I think it might have been good intentions in the beginning, but with that amount of money, I think it became greed." Homeless advocates who have helped Bobbitt reach pro bono lawyers said, "I think he is just a genuine, sincere person who has been the victim of so many bad circumstances."

Related coverage: <a href="https://thegoldwater.com/news/12556-Homeless-Man-Returns-10-000-Check-And-Gets-Schooling-House-And-Job">Homeless Man Returns $10,000 Check And Gets Schooling, House, And Job</a>

Once the trio was revealed to be scammers, their plan was revealed to raise $10,000 but the campaign quickly went viral raising over $400,000 resulting in some infighting among the three. Prosecutor Coffina said, "The entire campaign was predicated on a lie. Less than an hour after the GoFundMe campaign went live McClure, in a text exchange with a friend, stated that the story about Bobbitt assisting her was fake."

McClure texted a friend within an hour of the GoFundMe campaign going live, "Ok, so wait, the gas part is completely made up but the guy isn't. I had to make something up to make people feel bad. So, shush about the made up stuff." GoFundMe issued their own statement:

"While this type of behavior by an individual is extremely rare, it's unacceptable and clearly it has consequences. Committing fraud, whether it takes place on or offline is against the law. We are fully cooperating and assisting law enforcement officials to recover every dollar withdrawn by Ms. McClure and Mr. D'Amico."

Never help anyone, you do not know personally and in person. There are way too many suckers to get their money sucked out!