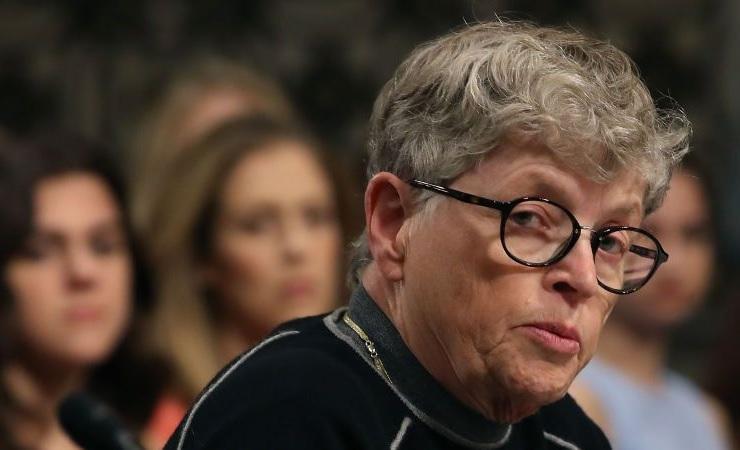 Dozens of child rape victims who spoke under the victim's rights act to the convicted serial child molester and former MSU doctor Larry Nassar and said that their efforts would now turn toward the others responsible for allowing this heinous activity to continue now that the disgraced doctor was imprisoned. The girls were not joking around, so far, the heads have continued to roll even months after the serial rapists sentencing.

Former MSU Gymnastics Coach Kathie Flages was the second person to be charged after Nassar himself. Flages was charged with lying to investigators resulting in a felony and a misdemeanor charge. The Attorney General's Office assured people that the charges were not the result of a "witch hunt" mentality. "Lying to a cop has nothing to do with politics – we charge crimes based on the actions of the accused, not the current political climate," he said.

Related coverage: <a href="https://thegoldwater.com/news/35730-Former-MSU-Gymnastics-Coach-Turns-Herself-In-For-Lying-During-Nassar-Investigation#35736">Former MSU Gymnastics Coach Turns Herself In For Lying During Nassar Investigation</a>

Now, investigators have set their crosshairs on an even larger target as the fallout continues from the Nassar scandal. The Lansing police announced Ex-Michigan State University President Lou Anna Simon,71, was charged Tuesday with lying to police during an investigation just like Flages.

The charges show that the investigators are truly seeking out those responsible for allowing the horrific acts to continue unabated for so many years no matter how high up the Universities food chain they are. Nassar worked with thousands of young girls during his years at Michigan State University where he worked as a sports medicine physician. He also was attending other private gyms performing what was thought to be "cutting edge" therapy on young girls.

Simon stepped down as President after the investigation initially got underway. Simon's spokeswoman Emily Guerrant is adamant that Simon remains on the Universities faculty but not as president. Guerrant also said Simon was taking an immediate leave of absence without pay "to focus on her legal situation."

The former MSU president is accused of making two false and misleading statements to investigators. One, that she was unaware of the nature of a sexual misconduct complain that stated the University's 2014 Title IX probe of Nassar and that she did not know Nassar was the sports medicine doctor who was under investigation. If convicted of both felonies and two misdemeanor counts, Simon could spend the rest of her life behind bars.

Simon is the fifth person to be criminally charged in the fallout of the worst serial rapist history has ever seen in Michigan, perhaps the whole country. Several others have been fired, and even sued in civil court. Nassar's victims number in the hundreds and he is currently serving multiple life sentences in prison.

Let me get this straight…

That rancid dyke was probably in on it too. Hope she gets hers’.

Sea Org is approved to R2-45 any Goldberg SP Wogs.