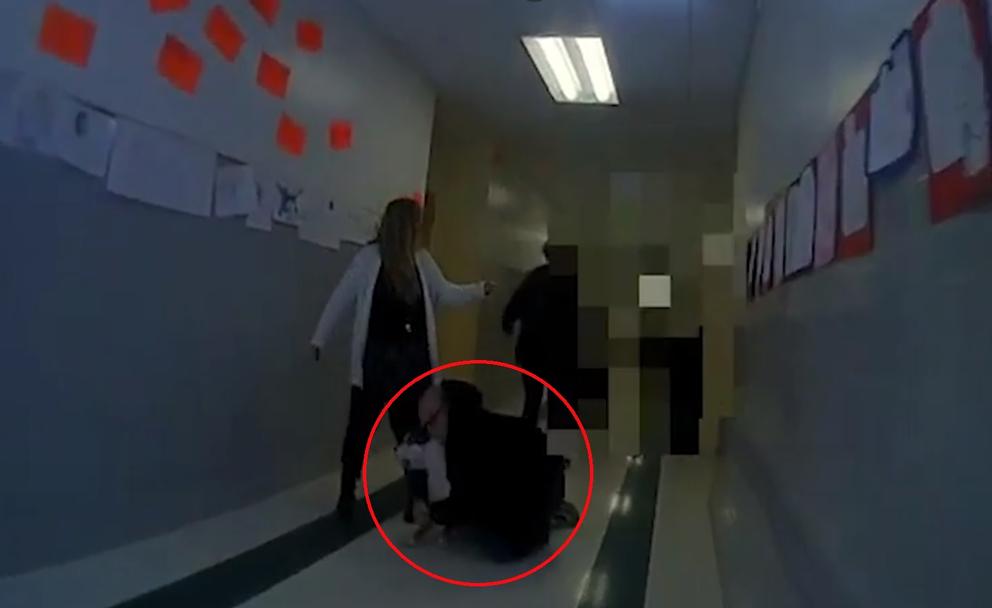 An elementary school was faced with a terrifying ordeal involving a pit bull which managed to get on school grounds and injured at least 12 students. Now, Oklahoma City police have released body camera footage showing how one special ed teacher used his own body to shield any more students from being attacked.

The attack started on the school playground during third and fourth recess and didn't come to an end until special ed teacher Lee Hughes used his own body to pin the ferocious breed to the ground as best he could. Investigators suspect the animal made its way into the playground after a gate had been left open.

Video from Oklahoma City police body cams shows officers arriving at the scene where injured children are lying in the hallway and Hughes is doing his best to lay on the muscular dog. As officers first entered the building, it became clear there was a bad problem as teachers were hurrying students outside the building or into classrooms as Hughes struggled to pin the animal.

Sgt. Jess McRay arrives on the scene and helps Hughes subdue the dog while animal control officers use a leash to restrain the out-of-control animal. The breed pit bull was originally bred for fighting and can't help its nature which it has been purposely bred for. Although many people have successful relationships with pit bulls as pets they always remain a threat and can turn on even their owners at a moments notice if their instinct kicks in.

Sgt. McRay asks if he is a teacher and Hughes responds, "yes" he is. "Well," McRay says. "You just saved someone." A news conference was held once the dog had been removed from the premises and Fillmore Elementary's principal Susan Martin Rachels called Hughes "our hero".

"We’re going to have to have a ‘Lee Hughes Day’ or something at school," Rachels added. Five children were taken to a hospital after the attack, many of which had "superficial" or "escape" injuries, according to officials. None of the injuries were considered critical but several other parents opted to take seven more children to the hospital as a precaution.

Related coverage: Wyoming - Shelter Hit for Pepper-Spraying Dog Before Putting Him Down

The pit bull who carried out the random attack is being held by Oklahoma City Animal Welfare where it will stay until at least November 29. Officials have not been able to identify an owner. Animal Welfare will decide how to proceed with the animal after the agency's investigation is concluded.

Oh a pit bull, what a shock.

A Question that keeps getting asked and never answered in these school incidents.

I hope her Donations roll in.