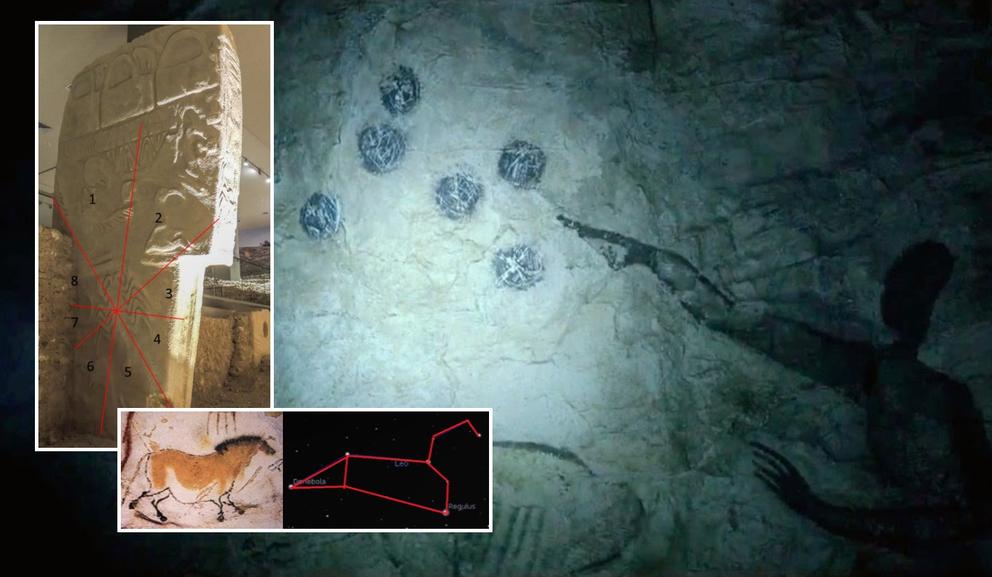 The single star constellation has been discovered in not one, but several ancient caves. Researchers analyzed known archaeological sites and found a set of symbols representing constellations that match up to our own night sky.

The new report compares a number of cave paintings from across Europe to constellations and found they match up eerily well. Researchers at the University of Edinburgh suggested it may be time for an update of common-knowledge history. The study's leader, Dr. Martin Sweatman said, "These findings support a theory of multiple comet impacts over the course of human development. This data will probably revolutionize how prehistoric populations are seen."

When a set of astrological symbols are found in caves and other ancient structures in Europe, scientists can use radiocarbon testing to get an approximate age of the symbols. Once a time period has been established, computer programs can retrace the movement of the Earth relative to the stars and get an idea of whether the symbols match up to what constellations would have been visible during that particular time period.

If the symbols did not match up with the known constellations from the time period in question, it would seem to discredit the theory that they were meant to match constellations. In the case of the Prometheus-like symbols, the radiocarbon dates and the constellation positions seem to match with what the symbols show. Dr. Martin Sweatman and his team of researchers used a software called Stellarium which can be used for archaeoastronomical dating.

The image above depicts ancient Anatolian bear symbols which were uncovered at three separate ancient locations. When only one of these artifacts is considered, it may not be that credible, but when seen as a collective it becomes more clear. Dr. Sweatman said, "Early cave art shows that people had advanced knowledge of the night sky within the last ice age. Intellectually, they were hardly any different to us today."

And yet, the odds of the symbols, dates, and constellations matching up so well is highly unlikely. The study says, "The probability that this zodiac could match by pure chance the radiocarbon dates of Palaeolithic cave art and the 2 shrines at Çatalhöyük is 1 in 150 million."

In conclusion, when the outcomes of all statistical tests in the study are combined, "we find that the probability that all these correlations could have occurred by pure chance is around 1 in 15,000 trillion." Researchers concluded, "Therefore, we have cracked this ancient zodiacal code."

now that is a purpose for the s p a c e program , or a hint to says release the space ships , a ride in one would be just fine for here.... long over due. have a nice evening

I knew them cave men had cell phones in them paintings, them were timestravelinrs too