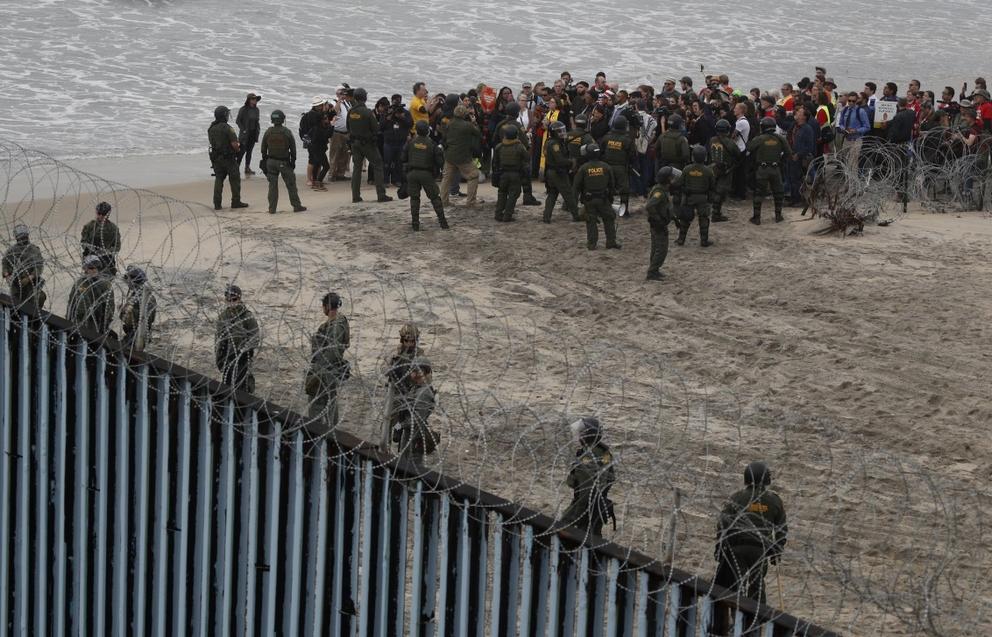 When will people understand they are not entitled to anything? As an American, I can't go to China, break their laws to get in the country, then demand free stuff, protections that not even citizens are afforded, and all at the expense of China's population. Wake up America, this is not acceptable. You can enter the United States legally, or not at all, and if you chose to break the law and enter the country illegally, you will eventually be caught.

That doesn't stop over 300 demonstrators including leaders of churches, mosques, and synagogues from intervening at the border on behalf of people entering the country illegally. When the demonstrators began walking toward the border wall, they were told to stop and that they had penetrated what the Border Patrol calls "an enforcement zone'.

Related coverage: MS-13 Killer Murdered 17-Year-Old After He Was Freed By Obama-Appointed Judge

The demonstration was organized by The American Friends Service Committee. It is ironic that a similar group also organized the caravans heading through Mexico, Tijuana's own mayor and the town's residents are now demanding the people who organized the mass illegal migration to be arrested calling their actions federal crimes. There were around 30 people taken into custody by riot gear agents when they tried to move forward to the wall.

The American Friends Service Committee also held the rally on a beach that is divided by the border wall, this is where a second confrontation took place between a handful of Border Agents and up to six thousand of migrants. Most of the migrants are from Honduras and they arrived in Tijuana, Mexico last month. Right away they began causing trouble and committing crimes such as dine-and-dashing at restaurants, and even trying to penetrate the U.S. border fence prompting the port of entry to be closed for nearly a full workday.

Caravanners Devastated As Tijuana Gov’t Lays Down the Law: If You’re Still Here in 2 Days, You’ll Be Completely Cut Off https://t.co/PZHeGE8vJf


The mayor of Tijuana said, "We've had never, never, never, never had this problem. Some of these people are coming in violently, disrespectfully, not as a good, law-abiding citizen. And that’s what’s hurt us." Last month, a confrontation at the border between violent migrants who threw rocks and other projectiles at Border Patrol agents forced the U.S. side to use tear gas to keep the invaders at bay. The use of the tear gas was criticized by left-wing extremists as being comparable to Hitler gassing the Jews.

Bishop Minerva G. Carcano, from the San Francisco Area United Methodist Church, said "Showing up to welcome and bless children, mothers, and fathers seeking asylum from very difficult and dehumanizing circumstances is the right and humane thing to do. How we act in these moments determines who we will become as a nation." There are certainly some migrants who are hardworking and got a shit roll of the dice and they were born in a shithole country. The solution isn't for all of those people who are good to leave their home country, the solution is for those good people to band together, much like they banded together for these caravans, and take back their country.

Thanks for speaking common sense

Notice how the religious whore mongers stir this pot of shit? Smash’em! Then start throwing hot lead at the invaders

I really love your blog.. Pleasant colors & theme.
Did you develop this website yourself? Please reply back as I'm looking to create my
own website and would love to find out where you got this from or what the
theme is called. Kudos! zzb.bz