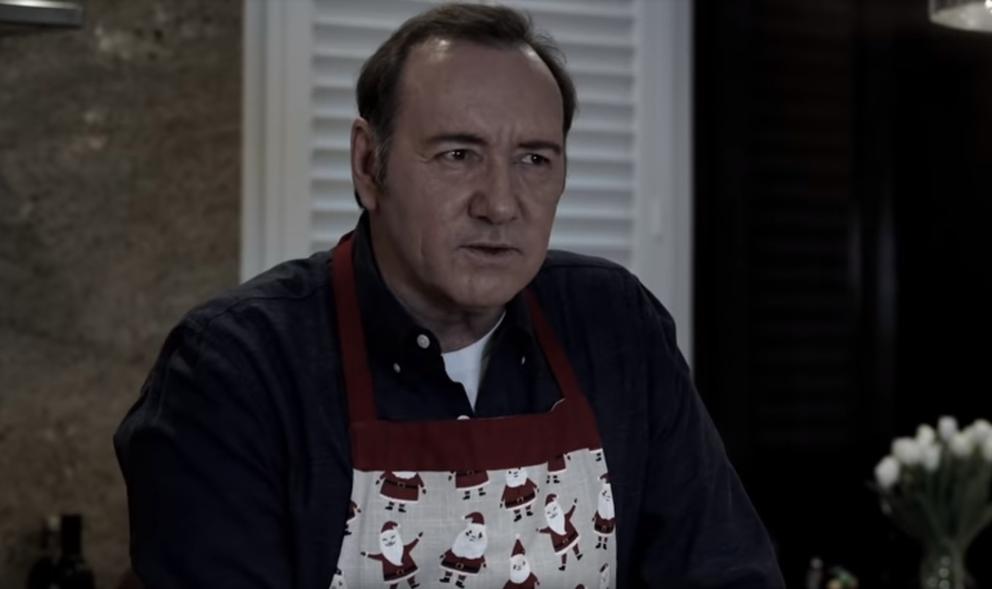 A-list Hollywood superstar Kevin Spacey was recently fired from the "House Of Netflix" show where he plays the President of the United States. Spacey released a home-made video of him playing the "killed off" character from the show named Frank Underwood. He titled the clip, "Let Me Be Frank".

The video is bizarre not only due to the actor being in a character but also because it was released within hours of a Massachusetts District Attorney announcing a felony rape indictment against Spacey Monday.

The Massachusetts government website lists the indictment in a press release which says, "On December 20, 2018, following a public show cause hearing at Nantucket District Court, Clerk Magistrate Brian Kearney issued a criminal complaint of indecent assault and battery against Kevin S. Fowler, also known as Kevin Spacey. The incident is alleged to have occurred on or about July 7, 2016, at a local restaurant. An arraignment is scheduled for January 7, 2019, at Nantucket District Court."

The DA at least gave the actor the holidays to prepare for the charges which will be at least one felony count of rape for a sexual assault that allegedly occurred in July of 2016 at a bar in Nantucket. The victim is alleged to be the 18-year-old son of a former Boston news anchor named Heather Unruh, says The Boston Globe.

Unruh even told the Globe, "I’m pleased that the case is moving forward in the judicial system." Unruh had already come forward publicly accusing Spacey of the assault during a press conference last year. She claims Spacey got her son drunk who had lied about being old enough to drink and stuck his hands down his pants.

"Kevin Spacey had no right to sexually assault him. There was no consent," she said. The Cape and Islands District Attorney’s Office apparently agreed and got an indictment on the charge. Spacey's "House Of Cards" video was clearly meant to remind people you are innocent until proven guilty and to get ahead of the outrage mob, but I think even they might have stopped carrying about the actor.

Spacey has somehow managed to slip into a lonely existence where he is no longer relevant as if the times have passed him by and he is still operating as if it were the 60s and 70s. Young people report things like that to the police now and without a real social media presence, no one really cares about you anymore because they want to see every aspect of your life online and Spacey has seemed to intentionally to try to hold on to that mystique that used to come with being a famous actor.

Related coverage: These Unconventional Christmas Movies Are Antidote To "A Christmas Story" Overdose

It will be interesting to follow this case, there have been over a dozen accusations levied at the actor but the Massachusetts indictment would be the first official charges to stem from the accusations. Apparently, the actor just has an obsession with grabbing men's junk.

These people really are in their own world.

Why would he choose the accent of a Confederate Military Officer to deliver such a ham-handed, self-absorbed diatribe?

Great actor he is, but this flopped. Makes me think he belongs in jail. Play this in the jury room, I bet they convict on just plain creepiness.