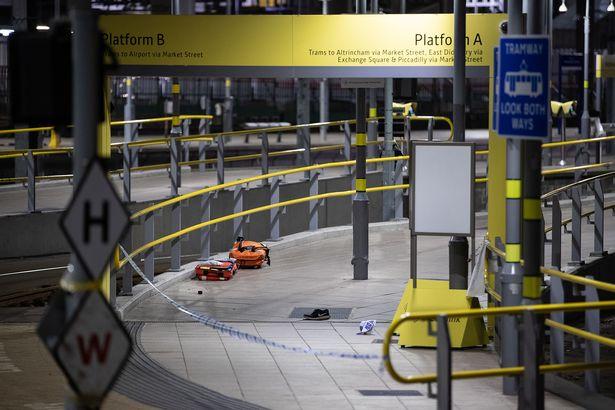 An Islamic extremist went on a stabbing rampage just hours into the New Year in Manchester, England. The man shouted militant phrases and things like "Allah Allah" and "Allah Akbar" while he stabbed three people including a police officer.

Social media footage of the suspect shouting "Allah Akbar" as he was taken into the police van after stabbing three people (Man, woman and a police officer) at #Manchester #Victoria station pic.twitter.com/7m2w0w90su

The officer took a big chance getting within knife range of a terrorist instead of taking him out. They are lucky to be alive, what would have happened if the suspect stabbed the officer in the eye and then took his weapon? Thankfully no fatalities were reported and this terrorist will get to sit in prison knowing he failed his mission.

The British Transport Police released a statement saying, "Officers are attending Manchester Victoria station following reports of a man wielding a knife. We received the call at 8.52pm on Monday, 31 December. A man has been detained and two members of the public, a man and a woman have been taken to hospital with knife injuries."

The statement continued, "A BTP officer is also receiving treatment for a stab wound to the shoulder. British Transport Police remain at the scene along with colleagues from Greater Manchester Police and the North West Ambulance Service." British Counter terrorism have now taken charge of the investigation.