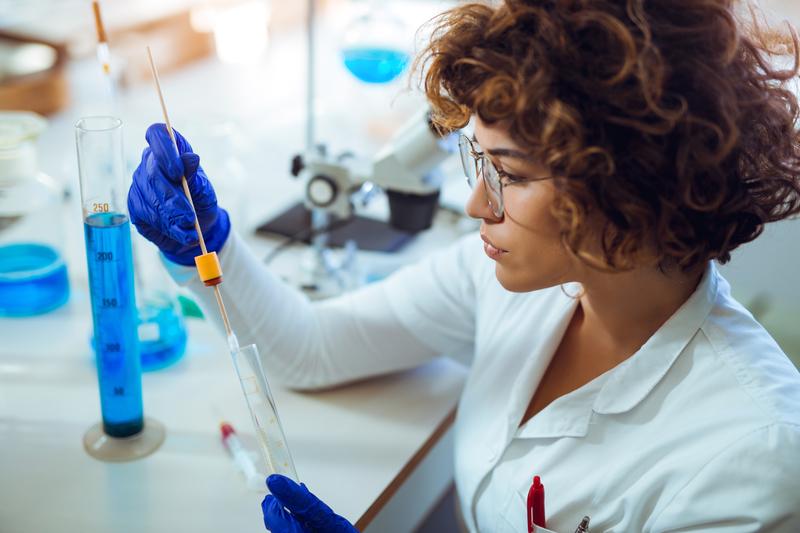 DNA Collection, The 4th Amendment Right To Privacy And The Slippery Slope

Sites like 23&Me, Ancestry.com and others have grown in popularity among people looking to learn more about their genealogy and genetic makeup, but do these DNA testing services pose a Constitutional danger as well? Last year, the Golden State Killer was finally apprehended. This week, in El Dorado County, California the killer of a teen girl and young woman in Lake Tahoe during the late '70s was caught using "an emerging DNA technique" as CBS News put it. But is that "new technique" a gross violation of the 4th amendment? Once this is allowed, what could be next for criminals, suspects and innocent private citizens?

This is an egregious violation of civil liberties, privacy and the 4th amendment. https://t.co/Q42R0ciQNY


In 2015, Christen Giannaros of St. John's University of Law wrote about the case of Alonzo King. She noted former Supreme Court Justice Antonin Scalia's argument in Maryland v. King against the claim that DNA was used in "identifying" the subject when that is already sufficiently done through fingerprinting, photographs and measurements. Allowing a cheek swab to be taken against a subject's will violates a reasonable "expectation of privacy." Not only that, but due to the nature of DNA, once collected "familial searches" can be performed.

The Fourth Amendment "is the heart of our protections against intrusions by the government."

In 2010, King was arrested on assault charges, and he had a cheek swab taken against his will which matched DNA found at the scene of a 2003 rape scene. As in the case of the Golden State Killer or the most recent killings solved via 23&me DNA collection, one, some wouldn't think twice about the means used and just be thankful that a criminal is off the streets. Allowing the violation of the 4th amendment, which protects against illegal search and seizure as it preserves the right to privacy, is a slippery slope and once a precedent is set, the abuse of said precedent is inevitable.

Can't believe I'm siding with MD democrats... I didn't take a 23andme test so MD police could search my DNA to try and solve crimes someone else committed.

The 4th amendment was added for a reason. https://t.co/tFdPluU6ds


Giannaros offered an excellent example of how giving in on this position could result in serious civil rights abuses:

Let’s say you are falsely arrested for a crime you did not commit. At the station house, you are cornered into an impossible choice: either submit a DNA sample which the government can retain indefinitely (for a crime you did not commit) or refuse to submit a DNA sample and be charged with a class A misdemeanor. You should not have to choose between having your Fourth Amendment rights violated and being charged with a crime. Despite these serious implications, the court justified using arrestee DNA for identification purposes, even though effective “identification” measures already exist: fingerprinting, photographing and body measurements.

Stanford Law's Kelly Lowenberg pointed out that in addition to the potential criminal implications and privacy violations, covert or forced DNA collection also has financial and psychological consequences. https://law.stanford.edu/2011/11/30/applying-the-fourth-amendment-when-dna-collected-for-one-purpose-is-tested-for-another/

The Electronic Frontier Foundation (EFF) spoke out against the "warrantless analysis of genetic material" in an amicus brief filed with the Supreme Court in 2015. Allowing law enforcement to collect and analyze DNA without permission, they argued, "will usher in a future where DNA may be collected from any person at any time, entered into and checked against DNA databases, and used to conduct pervasive surveillance."

DNA Hacking And Other Hidden Dangers Of Genetic Testing Services

On top of all this, there's the possibility of being framed through hacking the DNA databases. We live in a world where people can be murdered remotely by tampering with medical records, in the future scientists say sex robots could be hacked and reprogrammed to kill their owners, why then would it be unreasonable to fear the possibility of "public DNA databases" like those used by California law enforcement in the past several months?

4th amendment RE: unreasonable searches & seizures. If you leave your DNA(blood,semen,etc)at a crime scene, you have discarded it and it's public property. The police have the right to collect it. If someone willingly puts their DNA into a public database, same thing.

Considering the increasing cyberpunk world we live in, the storage of DNA, whether it's by private corporations, the government or in medical databases, could have unforeseen consequences. Human gene editing via CRISPR has already been done according to the Chinese. In Arizona, a bill has been introduced that would require DNA collection from anyone whose profession requires state-ordered fingerprinting. Once that DNA is collected, the state would be allowed to offer the genetic information to anyone conducting "legitimate research." So Arizonans in certain jobs would have to offer their ID, fingerprints, DNA, last known address and Social Security number. Ah, but unless you're trying to get certain jobs in Arizona or have committed a violent crime in Arizona or Maryland does it even matter? Speaking of slippery slopes, do you recall that the Social Security number was initially required, by law, to only be used by the Social Security Administration and would not be used as a means of identification. Well, you see how that worked out.

Left 2 previous comments both disappeared????
My comment boiled down simple is....

People need to remember any thing they do and openly share is for sale. The Government needs NO Warrant to purchase social media data and other openly collected items that is publicly collected and sold openly.