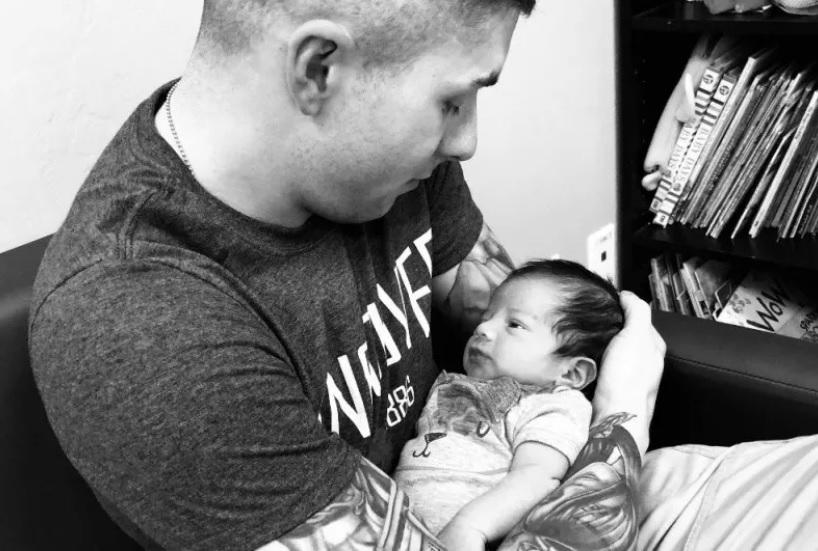 Sergeant Steven Garcia was deployed in Korea 10,000 miles away from home when he received a terrible call. The 24-year-old US Army sergeant was deployed overseas in Seoul as a patrol supervisor with the 142nd Military Police Company and he was waiting for his wife Marina to deliver their child back in Arizona.

The long days crept by in January as Garcia contemplated his new role as a father. But when news finally came from home, it was his sister who called to say the baby girl had died in childbirth. "When my sister called me about that, it was pretty emotional," Sergeant Garcia said. "We cried quite a bit together over the phone. It was devastating."

The shocking news left Garcia and his family grief-stricken as they searched for reason in the terrible tragedy. Nothing could prepare Garcia for the news that would come next, his wife was now the subject of a criminal investigation, the baby girl was actually a boy, and not dead, and it was not Garcia's child after all.

"I was under the assumption the entire time that she was pregnant that I was the father," Garcia said. "When I found out I wasn't, I was pretty upset, I was kind of in denial. I couldn't believe what was going on." Investigators say Marina Garcia lied about the baby's death to her husband's family to cover up the fact she had cheated on him.

Marina Garcia's web of deceit began to unravel on February 5th when a car was pulled over with three people inside, Alex Hernandez, 33, his wife Leslie, 41, and an infant boy. The officer became suspicious of them and upon questioning the couple found they admitted the newborn was not their biological child. Investigators searched through the couple's phones and found they had arranged the sale of the infant through texts and Facebook messenger.

The child was taken into state custody and Sergeant Garcia was informed of the situation. He immediately took an emergency leave to visit the child, a baby boy named Leo. Subsequent paternity tests determined that the baby was not his and he has since filed for divorce from his wife. The child is now in foster care and is regularly visited by Sergeant Garcia.

Any wonder men are going MGTOW?

oh wow, he has big heart even though hes not the father.

It may surprise some.

But several studies conduct from 1990 to the early 2000's on marriage fidelity. Have shown that Poor to Middle class married Females will commit adultery at a much greater percent than Married Males.

Investigators searched through the couple's phones and found they had arranged the sale of the infant through texts and Facebook messenger.

Fagbook is complicit in human trafficking!