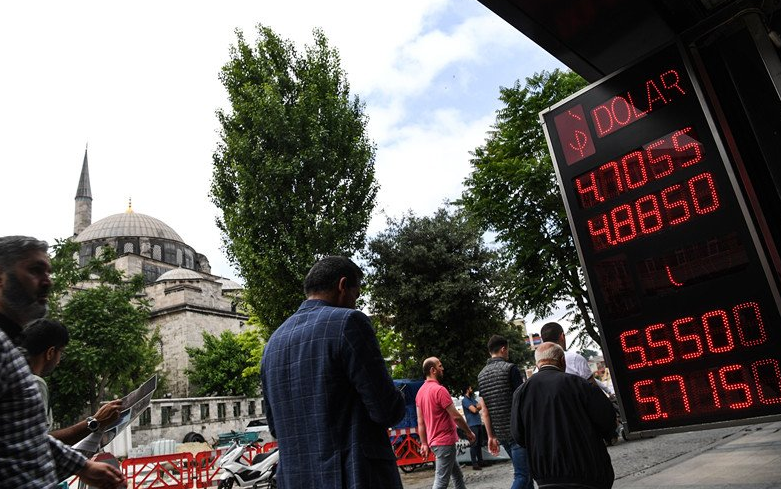 The younger Turks are voicing their discontent over President Erdogan’s autocrat rule ever louder. Whenever Erdogan claims he wants more power, the millennial generation voices their fury and anger via Twitter or Facebook, as there is no real political opposition left.

Even though Mr Erdogan’s ‘Justice and Development’ party is highly likely to win the upcoming election in a month’s time, international investors are fleeing the country in ever greater numbers, leading to an aggravated fall in the Turkish lira which only accelerated this week.

On Wednesday, the sound of ‘4.80 Lira’ was repeated on social media by millions of young Turks, fearing that international goods like iPhones or laptops would soon become unpayable and that President Erdogan’s fury with the west (he has called various European leaders ‘Nazis’) would result in sanctions similar to those that Russia is experiencing.

The joke on social media was that 5 dollars per Lira would be hit by the time Erdogan wins the next election, something which many market watchers acknowledged is now likely.

Ms Phoenix Kalen, who watches emerging markets for Société Générale, says that if Turkey does not change direction from the current political leadership, the country is likely to remain trapped in a “recurring nightmare”.

“We believe that an opposition win of the executive presidency would spark a phenomenal rally in the lira.”

However the Turkish government claims the fall in the Lira, which has now lost some 20% versus the dollar in 2018 and 25% versus the Euro, is all down to ‘foreign forces’ wanting to intervene in its country’s election.

Deputy Prime Minister Bekir Bozdag: "Those who believe that by manipulating the dollar they will lead to results that will harm the nation and their pockets and change the election result, are mistaken."