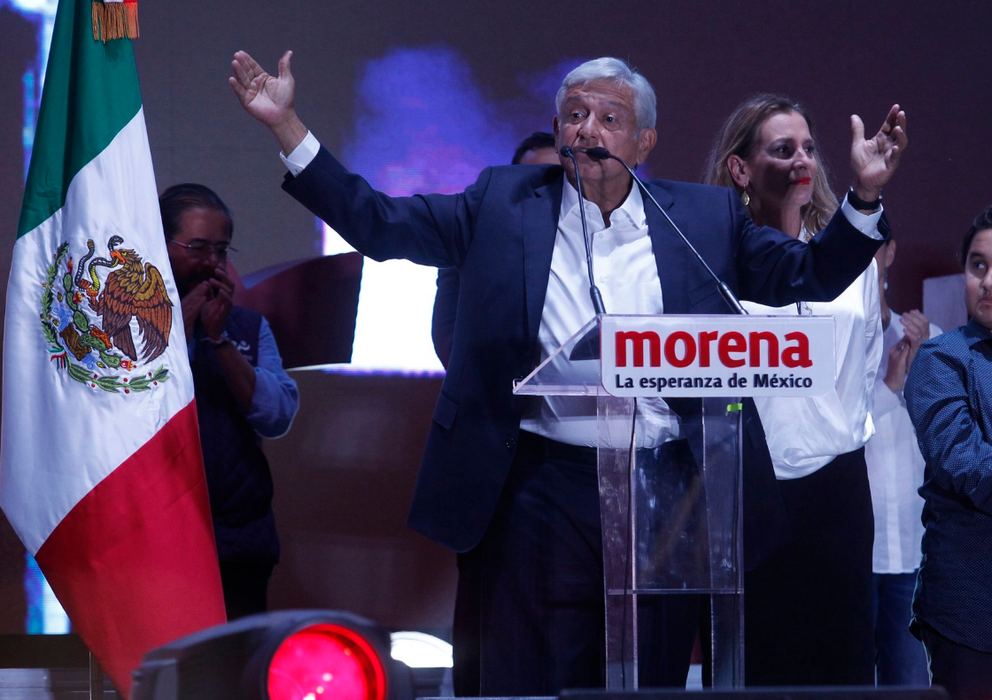 Mexican business leaders left shocked after Sunday’s win by leftist Mr Lopez Obrador, will be pleased to have heard from his finance ministerial pick today, during an interview with Televisa, that no major changes will be in store for the first few months. In fact, there is no government plan to drastically lower fuel prices (a campaign promise made by Mr Obrador’s party), prices will simply be frozen for the time being.

Mr Carlos Urzua, who will head the Finance Ministry, revealed furthermore that the US’s Southern neighbor plans for a 4 to 5% year on year inflation, that the expected government is counting on GDP growth of around 2.5 percent next year (but gave no detail on how that will be achieved), and that he sees the Mexican peso heading towards 19 to 20 pesos per dollar (a 2.5% gain from current levels).

The government did not have a new head of the Mexican Federal Bank in mind just yet, but Mr Urzua said it needed "a completely technical profile with a deep knowledge of monetary policy."

"Someone who is very well known by financial markets."

Meanwhile, new President Obrador is still celebrating and made the shock announcement that he would not be seeking federal protection, telling television stations that “the people of Mexico will protect me.”

“I don’t want bodyguards, which means the citizens will take care of me and protect me.”

He also called upon Mexico’s incumbent president, Mr Enrique Peña Nieto, to start discussing the transition so that he can prepare for the NAFTA negotiations with the US and Canada.

Mexicans are retards. They will take it up the ass all the same, and they always have. They are far too stupid to do anything about this. Are they not the slave of the merchant kikes?