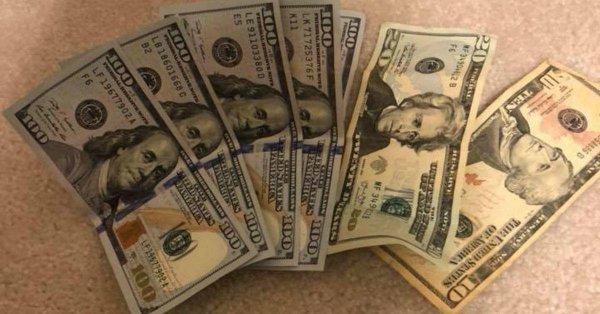 First Grade Teacher Gets Surprise Donations From Strangers On Her Flight

There is still no underestimating the compassion, generosity and the will to help of many people even under casual circumstances. This is something a Chicago teacher on a flight to Florida pleasantly found out when strangers came up to her to donate to a good cause after just overhearing a conversation she was part of.

Kimber Bermudez was on a plane to visit her parents when she got into a chat with a friendly passenger who asked her what her work is. Bermudez shared that she was a teacher for first graders at Carlos Fuentes Charter School. She also gushed about how much she loves her job.

<blockquote class="twitter-tweet" data-lang="en"><p lang="en" dir="ltr">Kimber Bermudez was simply flying to visit her parents in Florida when the Chicago teacher’s trip took an unexpected turn—ending with a gesture from strangers that left her stunned. <a href="https://t.co/QulbMm7xBg">https://t.co/QulbMm7xBg</a></p>&mdash; NBCWashington (@nbcwashington) <a href="https://twitter.com/nbcwashington/status/1019613559452524545?ref_src=twsrc%5Etfw">July 18, 2018</a></blockquote>

In the course of the conversation, Bermudez also mentioned how almost half of the students at her school have limited English. 87% of them are also classified as low income. She also shared that the school and its community try to make it better for the children by providing free breakfast and lunch after-school programs.

The man then asked for her work contact information because he said his company likes making donations to such schools.

But things didn’t end there as more pleasant surprises coming for the dedicated teacher. A man sitting behind her on the plane tapped her on the shoulder, apologized for having eavesdropped on their conversation, and then handed her some bills. The stranger told Bermudez “to do something amazing with it” referring to the money he was handing to her.

Bermudez didn’t count the money right away overwhelmed with emotion that she burst into tears. Besides, she didn’t think it was polite to count money in front of other people. It was only much later that she realized that the man gave her $500.

When the plane landed, two more men came up to her and gave her $20 and $10 and said that’s all the cash they have but that they also heard her story and wanted to help, too.

Bermudez wasn’t able to get the names of the men on the plane but she shared her story on social media in part to thank them, too. The teacher said that while she wasn’t asking for donations, she was touched by those strangers’ generosity. She wants to find them and thank them again.

She wrote on her social media post: “My heart is in complete shock and awe right now. When the world seems crazy there are always good people. I would do anything for my students, and want to thank these strangers. I don’t know the name of the man who gave me the $500 or the other generous strangers, but they deserve to be recognized.”

She also added: “I am thankful for the good people in this world. No child should ever go without anything. This experience made me want to do more for the kids, and use my gift of speaking to help others in need. I want to pass this story around, and thank those strangers and their amazing hearts!”

The teacher plans to use the money to buy English and Spanish language books and other classroom materials.

After learning about her story, her school also received another $1,500 donation. If they get more, Bermudez said she hopes they can buy materials to build a playground for the children.

There are really good people all over the place. You just never hear about them for all the wrong reasons. God bless everyone who has a good heart.