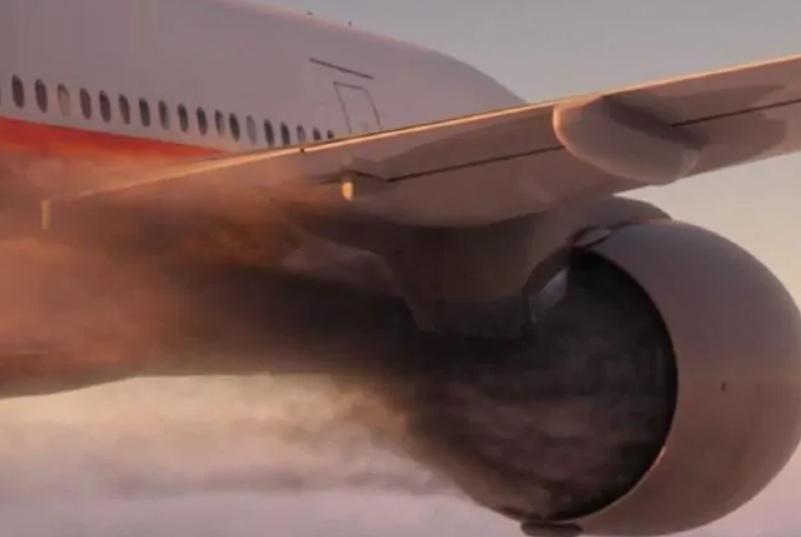 The final moments of the passenger airline flight MH370 are explored in a new documentary that sheds some light on one of the most mysterious aircraft disappearances of all time. The documentary featuring MH370 appears in an episode from the "Drain The Ocean" series produced by National Geographic. The series covers interesting secrets buried deep underwater in the world's oceans. In an episode to air on Tuesday night, the show is set to explore a "handful of clues" about the missing flight.

Perth-based Electric Pictures worked on the episode and worked closely with the Australian Transport Safety Bureau and the official government team assigned to the disappearance during their investigation. The documentary team says they are the only team to be given such exclusive access to the government team's findings. In the episode, the team of experts uses revolutionary new technology and the latest scientific data from underwater systems to aid in their own investigation.

Throughout the show, the team also sought the opinions of experts and used digital recreations to analyze exactly what happened to the missing flight. Andrew Ogilvie, the CEO and executive producer at Electric Pictures, said in an interview that the footage in the upcoming documentary episode is like nothing he has ever seen before. "Drain The Oceans uses a range of data from bathymetric sonar scans to video footage and photogrammetry with sophisticated computer-generated graphics to create highly accurate three-dimensional models of the bottom of our oceans, lakes, and rivers," Ogilvie said.

"This process allows the filmmakers to recreate natural wonders, shipwrecks, ancient ruins and other human artifacts that can be found on the sea floor — revealing them in unprecedented detail as if they were on dry land," Ogilvie continued. The episode sets out to answer the question of just how MH370 crashed without a trace and why it has been so difficult to find despite the host of modern technology at the world's government's disposal.

To start, the team examines the timeline of events starting from when the plane took off and was first detected by defense radar making an unscheduled turn back across Malaysia. The documentary explores the moment MH370 vanishes from radar as it headed northwest up the Strait of Malacca before disappearing out of range north of Sumatra. The show then claims the "shocking discovery" that it continued flying occurred after it disappeared from civilian radar.

The CEO of Washington-based aviation body Safety Operating Systems Captain John Cox said, "Initially when the plane made a turn without talking to air traffic control in my mind all bets were off. It could be a terrorist event, it could be a deliberate act by a crew member, it could be a mass failure in the electrical system." The situation was basically that anything could have happened and nobody knows for sure without the plane's vital black box which contains all pertinent flight data and any recordings from the aircraft.

Surprisingly, the most recent contact with MH370 doesn't come from earthbound radar but rather form an exchange of signals with a satellite above the Indian Ocean. The missing jet made contact with the satellite once an hour giving experts just enough data to plot a trajectory. Using the signals exchanged between the satellite and the jet, experts surmised that after its initial heading to the northwest, the flight then turned south and flew for another six hours. Experts used every scrap of data they could find ranging from fuel load to cruising speed in order to calculate a range of possible flight paths.

Crash investigator Peter Foley of the ATSB said, "The data was extraordinary … you’re trying to establish an aircraft’s position based on info that was never intended for that purpose. This is something extraordinary that was captured by Inmarsat (satellite) at the time the aircraft was in the air, which very few people knew about and which is absolutely key to the search."

The breakthrough would be the biggest yet shifting the search around 500km south of the last point the jet had contact with military radar and putting it square in the jurisdiction of Australia. The team of searchers then began analyzing the final arc which is also referred to as the seventh arc and located deep in the Indian Ocean. Investigators even attempted to use audio to help locate the missing flight. Curtin University in Western Australia used sensitive underwater microphones called hydrophones which are positioned all around the Australian coast to monitor sound for a whole range of reasons including early detection of earthquakes.

In all of the vast amounts of data, a clue was found which was recorded by a single hydrophone that picked up an unusual noise around 1 hour and 14 minutes after flight MH370's last contact with the Inmarsat satellite. An underwater acoustician from Curtin University named Dr. Alec Duncan said, "When we looked at the data from that hydrophone we found one signal that looked as though it had interesting characteristics." The team speculated the sound may have been the jet hitting the water but the direction of the sound could not be determined.

The exact same noise was also picked up off the coast of Cape Leeuwin in Western Australia at a listening post set up by the Comprehensive Nuclear-Test-Ban Treaty Organisation which was set up to detect and locate any illegal nuclear activity. "Our conclusion was the signal was most likely to be of geological origin such as a small undersea earthquake," Duncan said. "But we can’t completely rule out the possibility that it came from something to do with the aircraft."