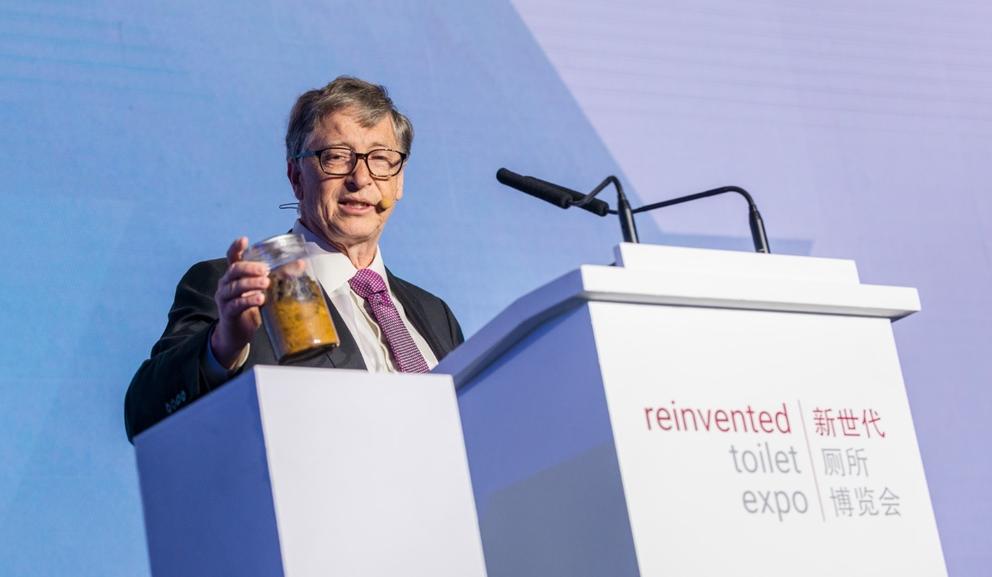 Who wouldn't accept that the most ecstatic investor when it comes to PCs is Bill Gates? Gates took Microsoft to the world's stage to first present the world's next Windows computer.

The Windows co-founder brandished a jar of human feces next to his podium before a stunned crowd in Beijing. Know how strict the country is, it is possible that Gates could face backlash over comments made during his presentation about "Toilets of the Future".

As Gates gave his speech, he referenced the jar of feces he had next to him as he proposed to kick-off a three-day Reinventing Toilet Expo to help inspire future toilet models. Gates added a rather disgusting statistic to his far of human feces adding that as many as "200 trillion rotavirus, 20 billion shigella bacteria, and 100,000 parasitic worm eggs" could be inside.

But will the new toilets seem to be enough to stop the toilets from being abused by drug users? The real goal when it comes to adding more sanitary toilets to the country is to build a toilet capable of operating without water, servers, and electricity.

The proposed toilet by the Gates would help solve some of the major sanitary conditions that criminals. The special toilets would also have the ability to remove germs from human waste while also costing less than five cents a day to use making it practicality and more feasible solution to the toilet shortage in.

My trip to China was an eye opener. They already have waterless toilets, at least they looked waterless? The Chinese shitter was nothing more than a hole in the floor with some tile around the edge. The hole seemed to connect to floor drains or something similar and eventually emptied out into the closest river. The smell was horrific and the poop piles were visible. I never asked but possibly some poor bastard would have to go around to dump water? I only went at the hotel where we had what the Chinese called “western toilets” billy gates is looking like a septic worker these days. The jar of shit really makes the man.

What an idiot. How is holding a jar of shit in any context a good thing?

Is he into some weird feces fetish?

Who the hell can have any respect for a man that feels the need to hold a jar of shit as a selling point?