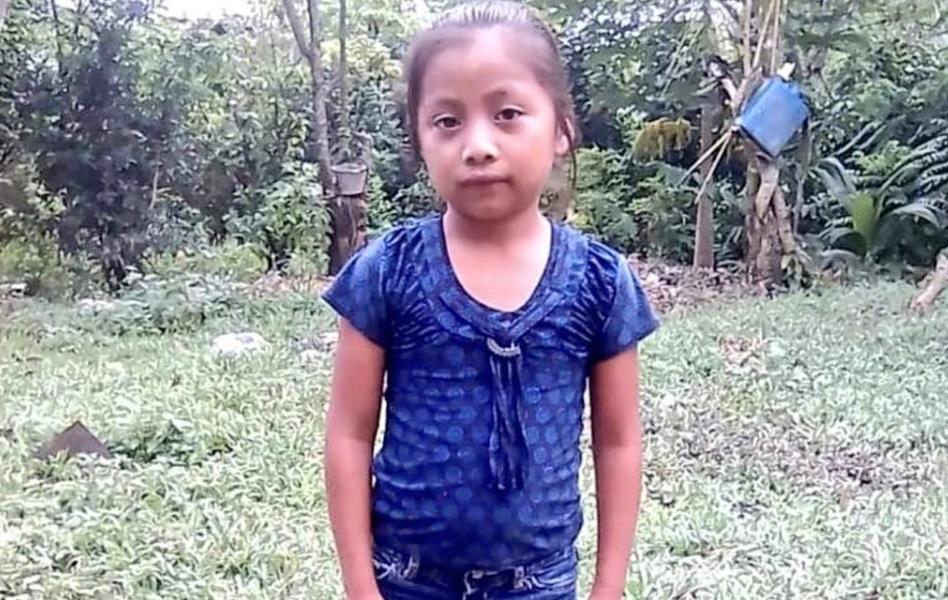 The mainstream media outlets like CNN are blaming the death of a 7-year-old Guatemala girl on the U.S. Border Patrol, but even according to their reports, the child had not had any food or water for three days. The girl was a part of a group of illegal immigrants trying to cross from Mexico into the United States illegally. The group of 163 people the girl was traveling with decided to turn themselves in to Border Patrol agents.

California Border Patrol (CBP) records indicate the girl and her father were taken into custody around 10 p.m. on December 6, just south of Lordsburg, New Mexico. The child began having seizures around 6:25 a.m. and emergency responders were quick to arrive and treat her. Medical personnel determined the child's body temperature was at 105.7 degrees and a statement from the CBP said, "she reportedly had not eaten or consumed water for several days."

The girl was given free medical care and a helicopter ride to Providence Children's Hospital in El Paso, Texas. The girl then went into cardiac arrest but "was revived," according to CBP. The agency added, "However, the child did not recover and died at the hospital less than 24 hours after being transported." This girl's father took her into the desert to illegally invade a sovereign nation, and she was given the same medical care any child would receive in one of the best medical systems in the world.

CBP spokesman Andrew Meehan said, "Our sincerest condolences go out to the family of the child. Border Patrol agents took every possible step to save the child’s life under the most trying of circumstances. As fathers and mothers, brothers and sisters, we empathize with the loss of any child." As uncomfortable as it may be to admit, the blame for this little girl's death lies solely on her father, not the Americans who did their best to save her life. Does anyone think that a child from a group of illegal immigrants crossing into Mexico would have received the same treatment by Mexican authorities?

The Department of Homeland Security also issued a statement on the girl's death saying:

"Traveling north through Mexico illegally in an attempt to reach the United States, is extremely dangerous. Drug cartels, human smugglers and the elements pose deadly risks to anyone who seeks to cross our border illegally. Border Patrol always takes care of individuals in their custody and does everything in their power to keep people safe. Every year the Border Patrol saves hundreds of people who are overcome by the elements between our ports of entry."

"Unfortunately, despite our best efforts and the best efforts of the medical team treating the child, we were unable to stop this tragedy from occurring. Once again, we are begging parents to not put themselves or their children at risk attempting to enter illegally. Please present yourselves at a port of entry and seek to enter legally and safely."

BREAKING: CBP official tells me Border Patrol agents transporting 7 year old Guatemalan girl who died were notified by her dad she was vomiting at 5AM.

She didn't get treated until bus arrived at a Border Patrol station at 6:30AM.

An hour an an half with no medical attention.


People like this are trying to place the blame on the brave men and woman who risk their lives patrolling our border, while he sits in front of his computer nice and safe pointing fingers. When a 163 people show up in the middle of the desert and turn themselves into a couple of Border Patrol agents, you can't be upset because she didn't get medical treatment in time. The girl's health was compromised when her alleged father decided to take her through the desert to invade another country in violation of the law.

That doesn't mean we shouldn't be compassionate to her and her family. I am sad that she died and under those circumstances. I don't think she deserved to die at all. But we still must be objective about the facts and not blame our brave men and woman defending our borders.

The parent should be executed for murder to be quite frank.

Thats the norm in both Mexico and the US for child murders.

You can argue that her dad had legit reasons for taking her on the dangerous journey from Guatemala and having her cross the border illegally, but that doesn’t change that it’s clear the journey is what caused her death.

The little girl “had not eaten or consumed water for several days" while with her father from Guatemala.

Can we count on @RepJerryNadler to ensure the father is charged with felony child neglect resulting in death?

Or do you despise Pres Trump more than justice for the child? https://t.co/um2vRShPGp

You can either blame the father for taking her on this journey or blame no one, but it’s despicable that the media is going out of their way to blame CBP when there is 0 evidence they did anything other than their jobs and try to save her life.

OF COURSE IT WASNT THE FAULT OF BORDER PATROL NOR WAS IT THE FATHERS FAULT. IT IS THE GLOBALIST NETWORK'S FAULT. SOROS, U.N., E.U., THE SOCIALISTS, THE FAKE NEWS, THE FEDERAK BANKING SYSTEM AND THE NWO AGENDA!!! THE BLOOD OF MANY ARE ON THEIR HANDS AND SOULS!!! IF NOT FOR THE GODLESS POWER HUNGRY MONEY MONGERING MURDERING EVIL DOERS, WE COULD HAVE A REAL WORLD.

The father of this girl obviously did not care about his daughter. Why didn't he bring adequate food and water. Why did he force her to walk instead of carrying her. These worthless people from Guatemala should try to make their country a better place to live instead of forcing their problems on us Americans. Haven't we taken in enough scum and welfare recipients. Is not fifty six million uneducated leeches enough. What part of illegal alien do they not understand. We are under no obligation to help those criminals or their children. Our own police are refusing to protect American children from muslim killers but we must allow these criminals to enter our country and provide them with food, shelter,housing and police protection. The US government is not providing any of these services for me or my children free of charge and I am a US citizen. Send them all back to Guatemala. They are not are problem and we cannot afford to take in the hole world. .

The reality is this poor girl was probably used as a means for an adult to get into America easier. They underestimated the journey, and the child paid for it with her life. This is the fault of the Democrats like Ocasio and Pelosi who are calling for open borders and anyone and everyone can just enter the country illegally and we'll not only pay you, we'll feed you, give you free medical care at the expense of the people who built the nation, then when its overrun by third world poor people with no education or English skills the Democrats will sit behind their guarded walls with a stockpile of guns while the rest of America turns into Americanistan.

Note To Gullible Snowflakes.
It takes at least 3 days without water to cause these issues. A normal person (eg. non-diabetic) Can go a week without food.

The Facts show the Parents totally disregarded the safety of their child ...

IF it were theirs and not a kidnapped/borrowed/loaner kid acquired along the way. A kid to help them get across the border as a few documented cases in the caravan have already been discovered to be.

IF this is her Photo shown above and not media staged pic.

It then seems to me the Parents have a few $ to spared to take and print a color photo of a kid they would walk 900+ miles to her death.

I'm sorry the girl died. Her father should be arrested for child endangerment. To prevent this tragedy from happening again, we should start building the wall in that area.

Seriously that is the language the author uses in this trash! Never coming back here but thanks for the good laugh