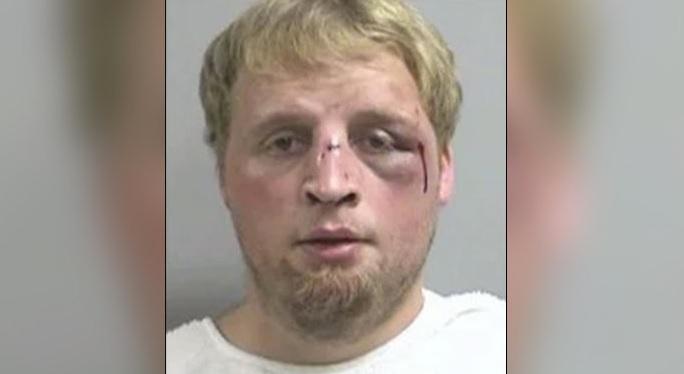 Those people walking among us who are capable of harming innocent children are the lowest of the low and when it comes to punishing them they are often among those to receive the highest penalties, even higher than many murderers. That is the reality that a 28-year-old man from Kansas City has found himself in after he was caught sexually abusing an infant and making child pornography of the abuse.

Clay County Prosecuting Attorney Daniel White confirmed that 28-year-old Jayson Newlun was charged with multiple felonies stemming from the sexual abuse and production of child pornography. By the time police arrived at the residence where he was caught abusing an infant, the child's father had already used force to restrain him.

Newlun finally pleaded guilty on September 6 of this year to three counts of statutory sodomy and seven counts of sexual exploitation of a minor for making child pornography of the assaults. The judge threw the book at Newlun slamming him with life in prison for each of the sodomy counts and 25 years in prison for each of the sexual exploitation counts to be run consecutively.

Prosecuting Attorney Daniel While also explained that a life sentence is generally considered to be 30 years making the total sentence handed down by the judge 265 years in prison. Prosecutors pained a picture of the heinous sexual abuse that Newlun committed which occurred during a visit to the baby's parents' house on June 30, 2017.

At some point during the visit, the parents realized they needed some items from the grocery store. Since the family considered Newlun a friend and the infant was already asleep, the parents asked if he would mind staying behind at the residence to babysit to which he agreed.

The couple left to the store but soon realized they forgot their wallets and had to turn around to get them in order to pay. That is when they entered the home and discovered Newlun wasn't sitting on the couch where they had left him. The baby's mother entered her infant's room and found Newlun taking photographs while he sexually molested the child.

"Mom told the child’s father, who reacted by tackling, striking, and restraining the defendant," White said. "The mother screamed at Newlun, 'I hope you go down for this,' and Newlun told her 'I do, too.'" Police responded to the residence and Newlun was apprehended and his phone was seized as evidence.

Images of him sodomizing the infant three separate times were found on the phone. There were not just one or two photos either, there were "multiple" sexual images of the infant that Newlun had taken in the time since the child's parents had left. Police investigators determined the images were in fact created on his phone and he has pleaded guilty to all charges against him. He was ultimately sentenced to 265 years in jail.

At least this shitbag got a start of the asswhipping that’s about to become a daily routine! Feed him to the gators!

They will destroy this freak show in prison. He will suffer a hideous death. Im sure justice will be served

I hope he is beaten within inches of his life at least once a week for the remainder of his days.