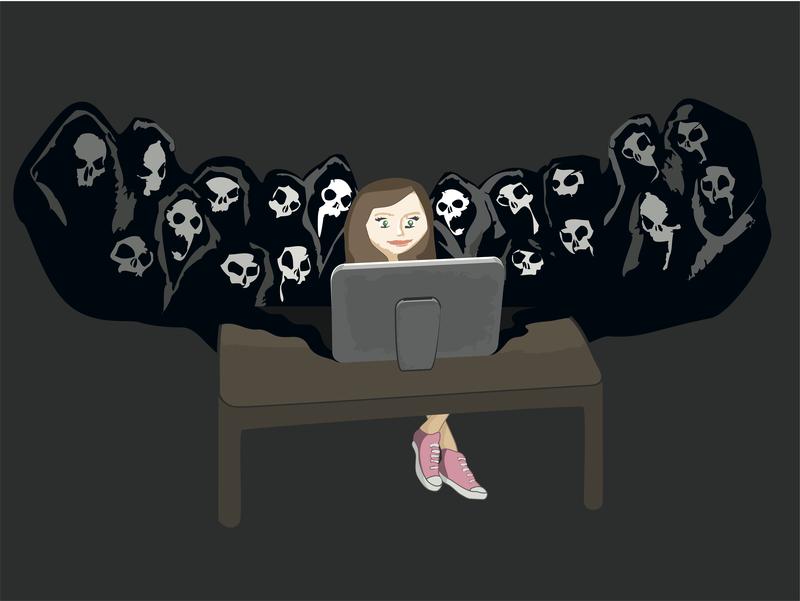 To Catch A Vigilante: Is Media More Concerned With Pedohunters Than Rampant Online Grooming?

The internet is a veritable playground for predators. According to recent statistics, one in five children are solicited for sex online. WhatsApp, Kik, Snapchat, Periscope, Instagram, Facebook, YouTube, and other sites and apps become the hunting ground for predators in seek of young children to groom, blackmail and sometimes even facilitate meetups for sex.

Bad news: Delayed removal has damaged lives of many children. Emailed Periscope suggesting removal on April 27th. Several others, including @RonWaxman, have urged Periscope to do the same for months pic.twitter.com/uJNY7lt51Y


Despite the dire nature of the situation, change is coming slow when it comes at all. Geoff Golberg spent months investigating the massive amounts of grooming and attempts to warn parent company Twitter of the situation.

Despite exposés by Forbes, New York Times and other outlets, Kik still shows up again and again in press releases from the Department of Justice's Project Safe Childhood.

As a result, there have sprung up dozens of groups who seek out pedophiles by posing as children. Last August, New Statesman reported on the "morally dubious trend" of YouTube videos featuring vigilantes who entrapped pedophiles, exposing and shaming them online.

The New Statesman article makes some good points about the potential violation of entrapment laws and how untrained vigilante groups can hinder legitimate law enforcement investigations.

Last week, NBC reported the story of how POPsquad (Preying On Predators) had "lured" an attempted predator by posing as a child. The manner in which they reported on the story, however, raised some concern among many.

The article begins with a glowing description of the would-be abuser:

Malcolm was tall and handsome. The oldest son of Jamaican immigrants, he wholly subscribed to the idea of the American dream. In high school, Malcolm was vice president of the Future Business Leaders of America club, assistant captain of the tennis and swim teams and a member of the student council and Model United Nations. He started a social marketing business at 15.

To create sympathy, friends explained that it was "not easy to be black, Jamaican, a Jehovah's Witness and gay in Torrington, Connecticut" add attempted predator to that list and no doubt, it was a tough life for Malcolm.

She then goes on to speak of "copycats of To Catch A Predator" like Justin Payne, Creep Catchers and others before introducing us to POPsquad.

Facebook has helped them reach a growing and rabid audience, and tap into a hunger for vengeance. Local and national law enforcement have begged these predator hunters to stop. Prosecutors say their involvement hurts cases. But there are other, more familiar, consequences.


Zadrozny names the group Truckers Against Predators. Anthony Greene of TAP was subsequently locked out of his Facebook account due to the article which put pressure on the social media giant. In a statement, Facebook said they want to prevent anyone from "being publicly shamed" and that what these groups are doing amounts to cyberbullying.

Facebook has since suspended several accounts, posts, and at least one group while, according to NBC, others "voluntarily removed their own pages to escape what they saw as a purge."

According to NBC, Malcolm was the "victim" in this situation. They talk to friends who bemoan the "awful" comments posted about him in light of his suicide.

POPsquad's Incognito tried to explain his position to Zadrozny. "He is not innocent. He is not a victim. He tried to create a victim."

Lt. Bart Barone of the Torrington Police Department considered the whole thing, "a sad situation" seeing as Malcolm "was a young kid." Not as young, of course, as his attempted prey.

NBC makes sure to mention "unrelated charges" facing some of the pedohunters in their article all the while attempting to create sympathy for the people who trawl the internet for children, engage in sexual conversations, sometimes sending lewd pictures before attempting to meet them for sex.

The Dark Side Of YouTube Children's Programming: From Elsagate To The Finder's Cult

On Facebook, dozens of vigilantes—some with criminal records—are publishing and promoting their own version of "To Catch a Predator." They catfish "child predators," luring men to public places where they record their shaming, and post it online.https://t.co/6Iqdn4VUVG


Ohio director of state investigations for the Internet Crimes Against Children Task Force pointed out, as was mentioned in New Statesman, that some of these vigilante groups do, in fact, jeopardize potential prosecution.

Facebook has helped them reach a growing and rabid audience, and tap into a hunger for vengeance. Local and national law enforcement have begged these predator hunters to stop. Prosecutors say their involvement hurts cases. But there are other, more familiar, consequences.


Incognito, until the NBC story was anonymous, but the article shared his appearance making sure to mention his tattoos, history of "hustling." When she shared the story, once again she made sure to mention how "dozens of vigilantes - some with criminal records."

Zadrozny called out the ensuing "insane moral panic" that she said was "fueled and informed by trolls" related to a story by fellow NBC reporter Ben Collins who shared an "exclusive" story about trolls posing as gay men "to falsely link LGBT acceptance to pedophilia."

Everyone who fell for this:

No one “supports” pedophelia.
This insane moral panic is fueled and informed by trolls.
Take an Internet break. https://t.co/JThXoPfSR6


Zadrozny also emphasized in one tweet how Malcolm is "black, Jamaican, a Jehovah's Witness and gay" without once mentioning the rather pertinent detail that he had also planned to meet a child for sex. She blamed Facebook for helping them "reach a growing and rabid audience" with a "hunger for vengeance."

In October, a popular Connecticut outfit called POPSquad, recorded a "bust" of 20-year-old Alain Malcolm. Malcolm, was black, Jamaican, a Jehovah’s Witness and gay. By morning, he was dead.


This sort of loaded language makes it fairly obvious where she stands on the issue. At press time with over 240 replies and 21 retweets but only 38 likes, it was obvious that Zadrozny's story had been, to use some Twitterspeak, "ratio'd."

Incognito, by the way, had been featured once in a segment with Pedohunter General himself, Chris Hansen.

The case of Alain Malcolm wouldn't be the first time an attempted predator would decide killing himself was an easier way out than dealing with the consequences of their actions. Chris Hansen's popular Dateline program To Catch A Predator ended shortly after one of the subjects of the show committed suicide.

Last August, Nigel Sheratt killed himself after being exposed by the group Soul Survivors. David Barker also committed suicide when he was outed by the UK group TRAP.

In the war on child exploitation, there is no room for errors that would play into the predators' hands and with press like this, who needs enemies. Vigilantism is obviously a flawed tactic whose risks outweigh potential benefits in the long run. Not all who are working to combat online exploitation of children are working as vigilantes, however.

I stumbled across the online group Exposing Exploitation last Autumn while researching a story about the predators operating in the open at YouTube. Beginning with the hashtag #YouTubeWakeUp on, I ended up in a disturbing rabbit hole. The brazenness of these organized gangs of online predators is shocking. The results to the children targeted, devastating and irreversible.

Exposing Exploitation works to raise awareness, coordinating efforts with members across the globe to put heat on YouTube and their advertisers in the hopes of preventing more children from being harmed.

This is the call-out — a call to arms. Any adult who is interested in helping or participating in a global community effort is invited to contact us as long as they share our same commitment to making a change.

A single person always carries within them the innate spark of potential that can make a momentous change in the world. A movement, an impassioned and committed team of individuals, will change these dark realities and feel empowered knowing that in whatever small way they assisted did contribute to the course of justice and providing a safer environment online.

You can visit their website at only just now being revealed due to articles covering how the FBI has been monitoring online pedo rings exploiting children.

Remember that statistic from the beginning of the article? Just 15 years ago, it was 1 in 7 children solicited for sex online. If we don't do something in another 5, 10 or 15 years, it might be 1 in 3.

how strange that these weirdos know that if they get caught they will have to kill themselves but still don't stop abusing kids. that's a high stakes compulsion...

Wont be long before the faggot lobby has pedos listed as a protected class. Kill the child rapists, no matter how old they were when they did it, kill 'em all.

"Malcolm was black, Jamaican, a Jehovah’s Witness and gay."

The Jehovah's Witnesses accept turd burglars? That's hard to believe, considering the religion is so strict that it doesn't allow members to get blood transfusions or celebrate Christmas.

"Wont be long before the faggot lobby has pedos listed as a protected class."

The legalization and normalization of pedophilia was the true objective of the LGBT(etc) movement from the beginning. Child rape and molestation is far more prevalent in that filthy counterculture than is generally acknowledged.

Tadagra prof 20 mg taken varying up to once every day for 18 to two years was protected and all around endured. These discoveries uphold the drawn-out utilization of tadalafil in the clinical administration of erectile dysfunction.