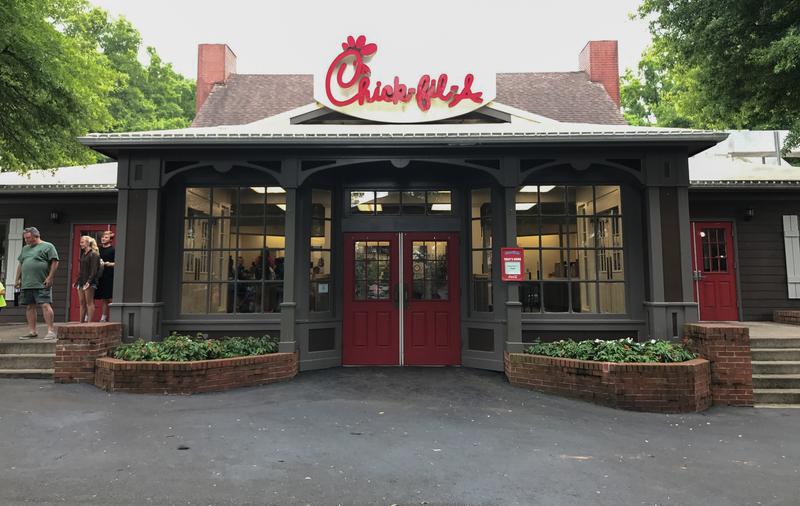 It takes a lot of courage to cow to the crowd and always toe the line of political correctness. Ok, so no it doesn't, in fact it's pretty easy as long as you have no personal convictions and are fine with just going with the flow. Remember when neither Obama nor the Clintons supported gay marriage. It really wasn't that long ago, but as soon as they did, woe be unto you if you held the same opinion the majority of "liberals" did just months or years earlier. Grace Slick, well-known singer and druggie from the bands Jefferson Airplane and Jefferson Starship has just done a brave, stunning thing. She took part in a stunt that has landed her back in the news for the first time in ages lending a momentary modicum of relevancy to an otherwise dust covered career.

Grace was thrust back into the public eye due to the restaurant Chick-Fil-A asking to license a song of hers for a commercial slated to run during the Grammy's. Chick-Fil-A gets a bad name for opposing gay marriage, but what many don't know is how they have the policy of offering free food and drinks to LGBT activists and allies when they protest their restaurants.

In a conversation with Forbes, Slick explained her reasoning:

Chick-fil-A pisses me off. The Georgia-based company has a well-documented history of funding organizations, through their philanthropic foundation WinShape, that are against gay marriage. In interviews, CEO Dan T. Cathy has critiqued gay-rights supporters who “have the audacity to define marriage” and said they are bringing “God’s judgment” upon the nation.

I firmly believe that men should be able to marry men and women. I am passionately against anyone who would try to suppress this basic human right. So my first thought when “Check”-fil-A came to me was, “F**k no!”

I am donating every dime that I make from that ad to Lambda Legal, the largest national legal organization working to advance the civil rights of LGBTQ people, and everyone living with HIV. Admittedly it’s not the millions that WinShape has given to organizations that define marriage as heterosexual. But instead of them replacing my song with someone else’s and losing this opportunity to strike back at anti-LGBTQ forces, I decided to spend the cash in direct opposition to “Check”-fil-A’s causes — and to make a public example of them, too.

What Grace doesn't mention is that her husband Jerry was in a band called The Final Solution at the time they met. The Final Solution, of course, is a reference to Hitler's supposed plan for the extermination of Jews. Even more nefarious, in my personal opinion anyway, is how she disowned her cousin, artist Charles Krafft who we have mentioned multiple times in the pages of The Goldwater, over politics.

Mr. K And Me: Chasing The Coattails Of Art Outlaw Charles Krafft

This is entirely speculation, but I am guessing it was more to save face than out of any actual "social responsibility" she felt. I have family members who I vehemently disagree with on issues, but to make an unperson of them, refuse to speak to them or see them at holidays is fairly cruel and belies her seeming "caring" attitude that led her to donate her "filthy lucre" to Lambda Legal.

Lambda, coincidentally, was once named in a teletype related to an FBI investigation of NAMBLA. Eric Holder, the Attorney General responsible for the Fast and Furious scandal among others, made a speech to Lambda Legal in regards to urging the Boy Scouts to allow homosexual Scoutmasters.

Lambda was also named in the FBI investigation into NAMBLA. Attached also is the flyer by NAMBLA that lambda passed out to customers pic.twitter.com/2wzqKt1xD4


Also, again only coincidentally, on the same street as Comet Ping Pong was a gay book store called Lambda Rising. Lambda Rising sold pro-boy love literature such as the NAMBLA bulletin. In an article with National Book, Tony Valenzuela of "Lambda Literary" explains how he is part of the "Lambda family" but not specifically connected to Lambda Legal again suggesting a connection between the pro-pedophilia crowd and the Lambda organizations.

Another member of the "Lambda family" is the Lambda Report which interviewed Ed Hougen who defended NAMBLA and the "right" of children to have sex with adults:

I believe they (NAMBLA) are generally interested in the right of young people to be sexual . . . . I am glad there is a group like NAMBLA that is willing to be courageous." The San Francisco Sentinel was blunter: "NAMBLA’s position on sex is not unreasonable, just unpopular. When a 14-year-old gay boy approaches a man for sex, it’s because he wants sex with a man.

Detractors will say I'm attempting to smear all homosexuals as pedophiles and all homosexual activism as pedophilia activism. This is certainly not the case, however, to ignore the overlap in that Venn diagram is to do a disservice to the truth. We've written about the connections between Harry Hay of NAMBLA and Kevin Jennings and Gary Dowsett (Safe Schools Czars of Australia and USA respectively). Dowsett has been openly advocating for doing away with age of consent laws for decades now. There is a connection between "The Lambda Family" and pedophile activist groups like NAMBLA, how deep it goes, is uncertain but perhaps that was part of some cruel joke. Maybe Grace wasn't just trying to claw her way back into the public eye; perhaps she gets a sick thrill at funneling money from a Christian group into an organization that is connected to pedophile activism.

They speak from their hippy rectums, it’s time to wreck’em. How ignorant and retarded are the left wingers?? Just read Grace assSlick’s idiotic comment.

More proof the elite just want to use the average person as a meat puppet.

Day of the rope when?

Speaking of the elite.. Grace Slick's family is on the social register. Old money. She once tried to exploit an invitation to the Nixon Whitehouse under this privilege where she planned to put LSD into the tea served at the event. Security at the door realized she was THAT Grace Slick and politely refused her entry based on security risks related to her reputation as a dissident etc.

Ive learned over the years that much of the counter culture was run by kids of the elite.

homos love em young. even the libtards can't argue that

Seriously stupid!!! Being gay or straight has nothing to do with pedophilia all the girls I’ve known were molested by men. Sure there are gay and straight pedophiles but orientation and pedophilia are very different. Adults regardless of orientation can be pedophiles look at research from the government on the topic the rate of hetero and homo pedophilia is 11 to 1 and girls are molested twice as much as boys.