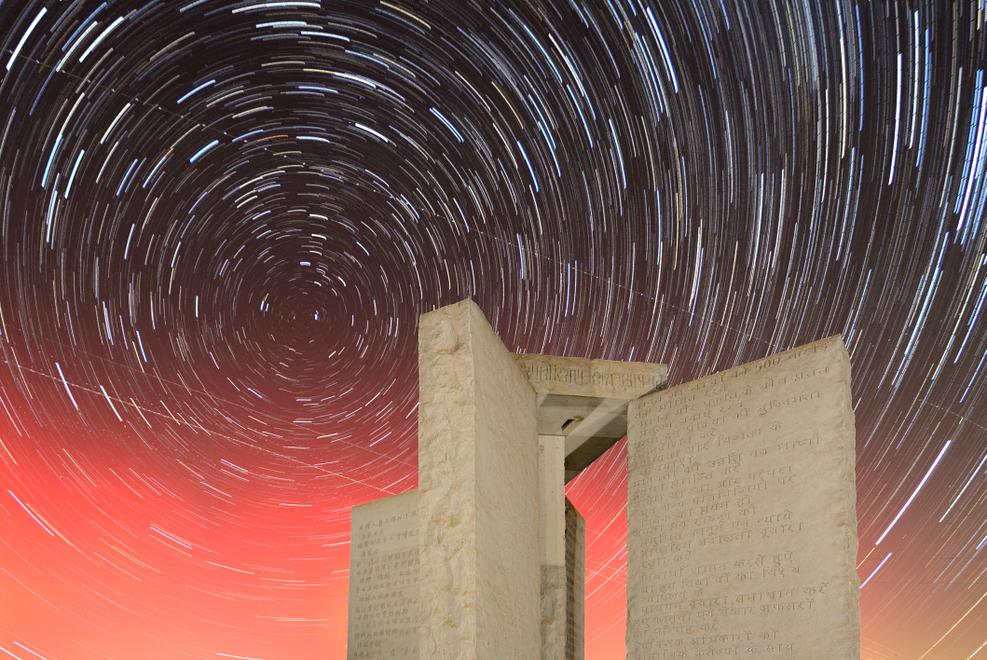 I'll spare you the gory details, but for the past couple days I was violently ill. No, not covid, no fever but felt like the worst flu I'd ever had for the first 36 hours and still getting past the achiness. For most of the first two days when I wasn't crawling to the bathroom, I was curled up in bed with a sheet over my head, lights out, blinds drawn.

A couple days into the illness, around the time I had finally stopped retching and dry heaving every few hours, I had the bright idea to rewatch Utopia. A few episodes of not only the ill-timed Amazon series, featuring a Bill Gates stand-in who aims to depopulate the earth using a vaccine for a virus that comes from bats as well as the BBC Channel 4 original that it was based on. The last time I had been this violently ill, because I'm apparently a glutton for punishment, I thought it would be a good idea to watch The Stand miniseries. As to whether it was all that smart, is obviously debatable.

The eugenics subplot, ("what have you done today to earn your place in this crowded world") combined with the pandemic that has haunted the globe since early 2020 combined with feverish headspace got me thinking about the Georgia Guidestones. Wired magazine called it "American Stonehenge" and it is considered one of the most mysterious monuments in the New World.

Apart from the specifications of the monument and some basics about how and when it was built little is known about the Guidestones. Who funded them? For what reason were they built? We know that whoever funded them had access to wealth, we know that he wanted to remain pseudonymous. He went by Robert C. Christian or "R.C. Christian" which many feel is a reference to Christian Rosencreutz and the Rosicrucian "order of the Rosy Cross."

Theories abound as to who "R.C. Christian" really was. Ted Turner is one popular suggestion. Others have speculated it could be L. Ron Hubbard or the eugenicist Robert Carter Cook, though the last choice might be a bit on the nose.

The symbology of solar lodges relate to Freemasonry which, of course has roots in stonemasonry and the guild system. Even Shakespeare's Hamlet hints at the warring sects of secret societies in the Elizabethan era. Rosencrantz and Guildenstern are believed by some to represent the Rosicrucians and Freemasons. John Dee, Giordano Bruno and others were noted Rosicrucian "brothers of the Rosy Cross." The Rosicrucians claim ties to the Knights Hospitaller which became the Knights of the Temple of John of the Cross better known as the Knight's Templar. These groups supposedly connect to the current day Knights of Malta The Templar symbology, by the way, is found in the flag of Switzerland. It certainly could be a coincidence that the Templars were a Vatican-backed army and from the early 1500s to this day the guards of the Holy See are The Swiss Guards.

March 22, 1980, the unveiling. Now of course, those conspiratorially minded may have already seen something of as much interest as the "pseudonyn" (sic) R.C. Christian. 3/22 happens to be the lodge number of the Skull and Bones. One explanation for this numeric designation is that it was the second lodge of its type founded in 1832, the other being it's sister lodge in the "Brotherhood of Death" found in Germany.

One major point of interest regarding the Guidestones is the intricate astrological and astronomical significance, in some ways similar to the pyramids and Stonehenge and other megalithic structures that also served as calendars and astronomical tools. The specifications were so advanced an astronomer from the University of Georgia was commissioned to help with the development though Loris Magnani of the University of Georgia compares the guidestones to "an abacus compared to Stonehenge's computer."

The facts of the matter that are not in question are the technical specifications, which are more than slightly impressive. The guidestones contain ten edicts in 12 languages, 8 modern languages and 4 ancient ones including Babylonian cuneiform. The monument is twenty feet tall and tens of thousands of pounds in total. The precepts, or "guidestones" are also known and not in question.

Not surprisingly the first precept is one of the most disturbing and has fueled conspiracy theories of New World Order plots, hidden globalist plans and ties to the Illuminati, Freemasons or other secret societies.

The last surviving keeper of the secret, Wyatt C. Martin took his vow seriously. "They could put a gun to my head and kill me, I will never reveal his real name." Martin was the president of the Granite City Bank in Elberton, Georgia and managed the escrow for the erection of the monument. As a banker, he demanded the mysterious "R.C. Christian's" real name though he promised never to divulge it. Martin maintains that "Christian" chose the pseudonymous surname because he was a christian himself.

The Hidden Connection Between Freemasons & Mormons

Elberton, Georgia was known as the granite capital of the world at the time. Joe Fendley was the quarry owner who, in 1979, was first approached regarding the project. "Christian" claimed to represent a small group of Americans concerned with survival of the human race and the importance of reason and logic.

Some conspiracy theorists have likened the guidestones to a secular ten commandments, a few going so far as to call them the ten commandments of the antichrist. The idea of how population could be dropped down to half a billion is concerning on a planet with multiple billions teeming on the surface of its globe. Many wonder how population could be dropped to such a level without a cataclysmic event or the worst genocide in human history. Then again, the possibility could also be something along the lines of that in the Utopia series where a vaccine sterilizes the majority of people preventing exponential population growth. Of course the Amazon prime remake of the UK series was blasted for spreading antivax fear considering it included references to a bat virus and showrunner Gillian Flynn admitted she modeled the nefarious and cultish eugenicist Dr. Christie on Bill Gates.

The documentary Dark Clouds Over Elberton purports to reveal some of the, as to then untold, secrets of the mysterious monument. Dr. Mike Bennett speaks with Wyatt C. Martin, after Fendley's death the only person who knew who "Christian" was or anything about him. Bennett travels to Greensboro, Georgia to speak with Martin who explains how he "assured him [Christian] I would never divulge who that family was, so... don't ask me that question I'm not going to divulge who he was or what his occupation was. Because he was, he used the name of R.C. Christian, he told me, because he was a christian." As for why he mentions a "family" or his "occupation."


In addition to the difficulties regarding the technical specifications even the quarrying, sandblasting and other logistic details were highly impressive. Martin says he met with "Christian" and showed him a granite sculpture in the city square, the documentary casually zooms in on the Freemason lodge overlooking said monument.

No one knows why Elberton was chosen, some have pointed to the distance being 666 miles from the UN monument to the guidestones, but it is still off by a short bit. Martin says the mystery man claimed to have some connections to Georgia. He was in the Army air corps in Georgia and his grandmother from Georgia. He goes on to refer to his "honest, honorable occupation that any community would be glad to have him as a citizen." It should be mentioned that the occupation of the mystery man is brought up multiple times.

There was apparently a wooden scale model brought by the mystery man to Fendley. To date, no one knows what happened to it. Fendley's daughter believes that the papers and things may have been burned up in a fire. This is similar to the destruction of identifying documents in a flame that Martin would undertake himself.

Cult of Kek: Who are the Discordians

The mystery man claimed to have been all throughout the world including to poverty stricken and overpopulated areas afflicted by hunger and other ailments such as Bangladesh and India. It was also supposedly the culmination of a 20 year project, "for the betterment of mankind."

When the time came for the unveiling, on 3/22 once again, local officials, the mayor a congressman from Atlanta and basically anybody who was anybody in the vicinity, made an appearance.

"Let these be guidestones to an age of reason." This of course echoes the Enlightenment ideal of the founding fathers and the French revolution, many of whom were tied to secret societies themselves. The precepts, if you'll notice seem to fall under multiple categories related to conservation of the environment, population control and how the world ought to be ruled.

Conspiracies abound related to the so-called Great Reset, put forth by Klaus Schwab of the World Economic Forum and signed off on by some of the Davos elite. The idea that rich and powerful people would be willing to kill on a mass level is frightening but consider that Operation Sea-Spray was just one of many biowarfare experiments foisted upon US civilians during the Cold War.

Others ruminate on the potential occult underpinnings of the monument. Pastor Scott Ize of Bethel E. Baptist Church in Elberton was just one of many local pastors who felt the site was home to witchraft and/or satanic rituals, possibly even involving animal sacrifice.

In Etched in Secret Noel Brown shares a letter meant to debunk certain recurring fears. "The sponsors of the project do not believe in demonology" for instance the anonymous group also "disavow any connection with the so-called cults and superstitions."

There exists a book Common Sense Renewed by R.C. Christian, that seems to be a reference once again to the Enlightenment ideals of our founding fathers. Specifically Thomas Paine, author of Common Sense. Brown mentions the somewhat veiled eugenics philosophy embedded in the florid language of the book.

Is there anything to the conspiracy theories? It seems the secret will die with Wyatt C. Martin. Brown says the documents that weren't destroyed in flames were offered to him "as a way of unburdening himself" after having spent decades as the center of an enduring mystery which, he claims was in itself central to gaining and keeping the interest of the public. The mystery was, he claims, so that the edicts might "sink in" to some minds. In the end, the mystery itself does seem to be the major draw after all.
Share this article

Unlike you, I LIVE IN GEORGIA, and unlike you, Ice beern to the guidestones several times... It's all bullshit

You're gullible as fuck