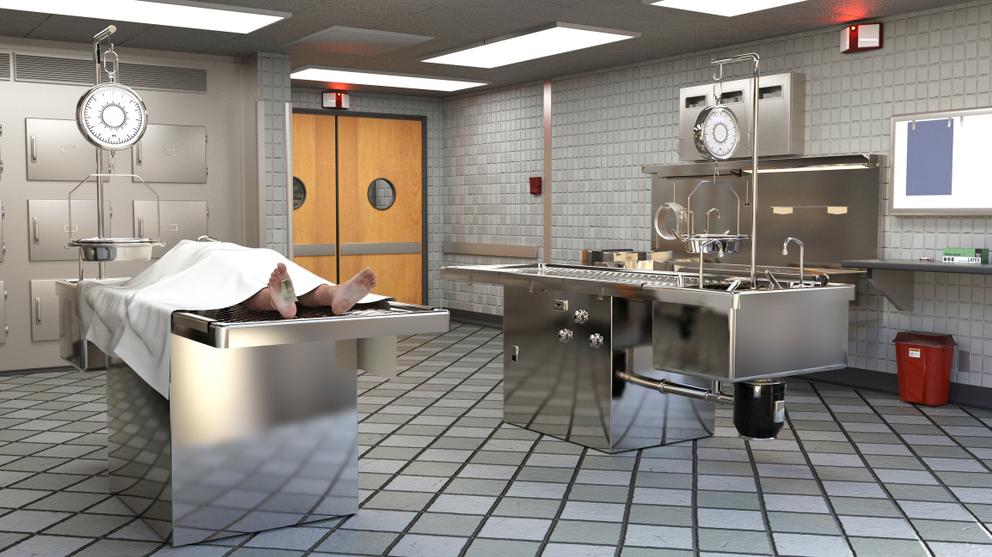 
David Saunders died of covid-19, a tragedy, of course. On top of dealing with the death of a loved one, however, family members are livid that Saunders was dissected in front of a live, paying audience. Neither they nor the funeral director reportedly knew or gave consent to this. Not even his widow was aware.

Tickets for the Oddities and Curiosities Expo event sold for up to $500 per person and granted the bearer the opportunity to view the autopsy and dissection of Mr. Saunders.

Mike Clark, the funeral director who handled the preparation of the Saunders' corpse, remarks that he felt "saddened that this gentleman was not given the dignity and the respect that he deserved and what he thought and his family thought that would be happening to his body."

Saunders' body was handed over to a private company supposedly for "medical research" but it appears the autopsy event was open to the public and more of a sideshow than any sort of medical professionals training conference. Saunders was dissected in the hotel ballroom of the Portland Marriot.

The organizer of the "Oddities and Curiosities Expo" event and founder of DeathScience.org, Jeremy Ciliberto, argues that the donor and family technically did consent.

"I can guarantee that that man knew his body would be used for medical research," Ciliberto told King5 news in Seattle. However, an administrator for Med Ed Labs, the company that sold Saunders' corpse to Ciliberto said that Ciliberto was "beyond" dishonest as far as his business with Med Ed goes. Ciliberto had claimed the body would be used in a medical class, not a carnival sideshow attraction for a gawking public in a Portland Marriot.

Saunders died of covid-19 and was still potnetially infectious, but that didn't stop Ciliberto from inviting members of the paying audience to come examine and even touch the body. Obteen Nasiri of Med Ed Labs has also been questioned as to why he would even supply a potentially biohazardous cadaver to a client.

Ciliberto had already made news just the week prior when a pay-per-view autopsy" event scheduled for Halloween day in Seattle was cancelled. Once again, the plan was to sell tickets which ran for up to $500 a piece and the event would have been held, once again, in a Marriot hotel this time in Seattle.

“Unfortunately for Seattle and the north west (sic), team members have decided to cancel the event in your area,” Ciliberto responded in an email.

Oddities and Curiosities Expo is a roaming "cadaver lab" that poses as a medical "class" despite having events that are open to the general public as opposed to medical students or professionals. Authorities were concerned following the first "show" in Portland on October 17.

“We feel that this was not respectful and certainly not ethical,” Multnomah County, Oregon Medical Examiner Kimberly DiLeo had to say. A photojournalist from King 5 news attended the event of the 17th and noteed that "VIP customers" who had paid the $500 ticket price were given seats in the front row, just inches from the table upon which laid an 86-year-old man who thought he "had donated his body to science."

"This is not a sideshow," Ciliberto claims. "This is very professional." Well, tell that to the family of the rightfully indignant bereaved Mr. Ciliberto.
Share this article

what a monster that guy deserves to be in jail