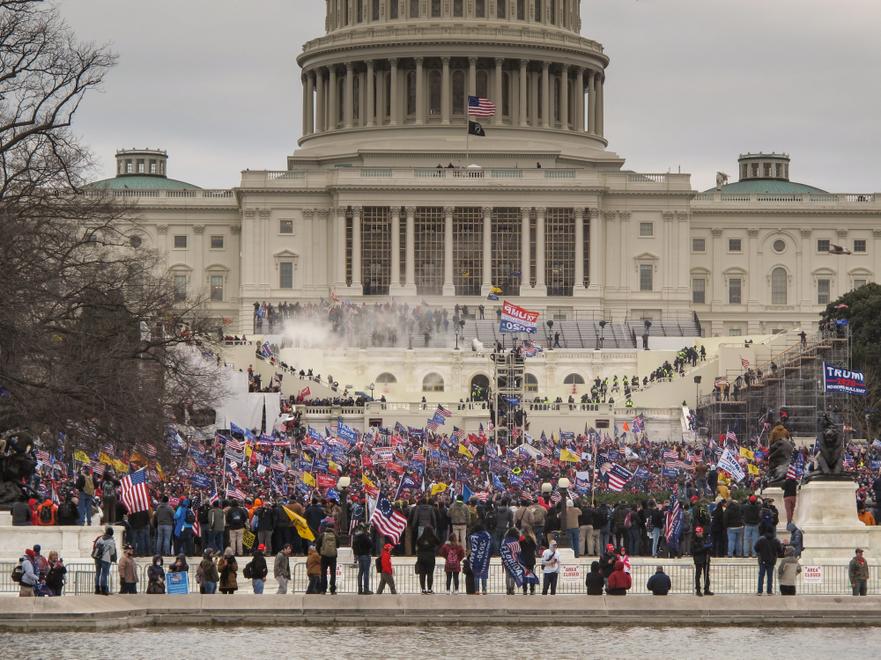 Tucker Carlson is being accused of creating domestic terrorism propaganda and engaging in revisionism in his January 6th documentary. The media is also upset that the event is being pegged as a "false flag" operation. Now if you've paid attention to any of our reporting, we have been pointing out irregularities and inconsistencies in the case since the beginning.

At this point it is very obvious that at the very least there was a major breakdown in communication surrounding the events of January 6th that prevented intel sources warning about the potential of the planned event to go sour were ignored. Similar to the case of 9/11, intel sources were ignored at multiple levels and from several sources. Hundreds of law enforcement officials in the area had already been briefed about the potential for violence and planning for the event had been underway online for quite a while.

Like with the case of the Gretchen Whitmer kidnapping, plotted, planned and led by FBI informants and undercover agents, the January 6th "insurrection" seems to have taken few by surprise. Video evidence of Capitol Police officers holding the door as streams of "insurrectionists" enter also brings home the fact that this event was not taken seriously until it was over.

I haven't seen the Tucker documentary yet. I'm sure there will be points where we differ. Similar to Anderson (Vanderbilt) Cooper, Tucker had a brush-in with CIA recruiters before deciding to join the media.

We know that the FBI had infiltrated multiple of the groups that were at the Capitol. We know that one of the "insurrectionists" at least was a member of the Proud Boys and an FBI informant. We know that local, state and federal authorities were informed well in advance of the potential for danger and ignored it.

It's a bit awe-inspiring to realize that so many people who are unaware of any of these salient facts are the same ones who still believe Capitol Police officer Brian Sicknick was beaten to death with a fire extinguisher. That story was widely reported until it was retracted, the retraction regarding how Sicknick did not die of any blunt force trauma but from "natural causes" didn't quite make the same splash as the initial disinfo.

But that's the MSM for you. We are being sold a line of goods here related to the January 6th narrative. It is carefully constructed right down to the choice of words like "insurrection" and "insurrectionists." Here's a fun fact: insurrection is a crime in the United States. Do you know how many people arrested on January 6th have among their crimes "insurrection?" Oh, none you say! Well then why would the media mislead people so with such misleading language.