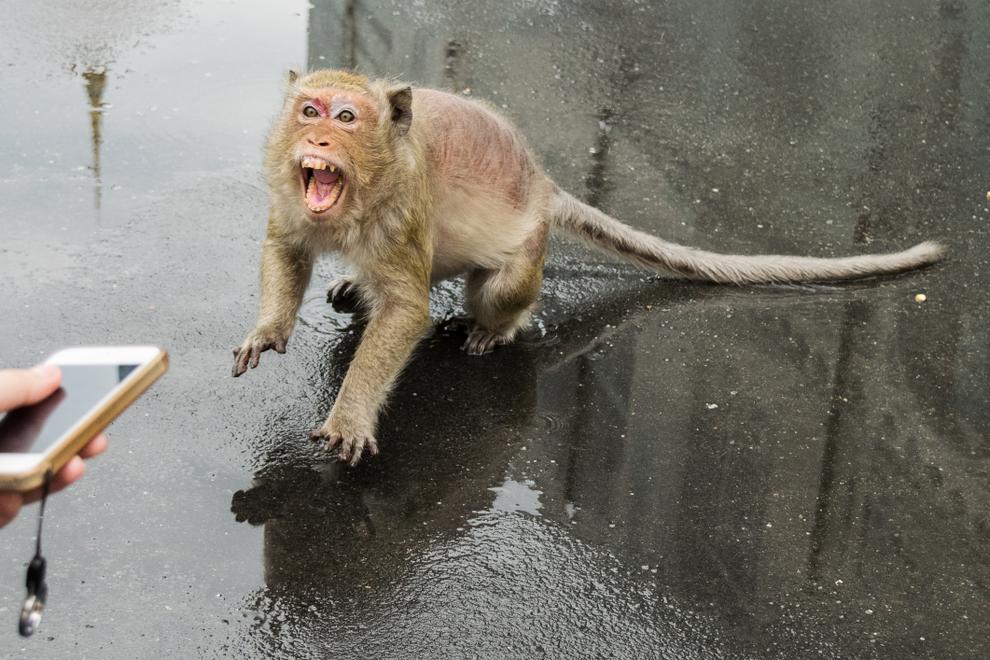 No, that's not a headline from the Onion and in fact, the story itself is quite a bit more bizarre than could be explained in the headline or lede alone.

Texas Longhorns' Special Teams Coach has found himself embroiled in a bizarre and embarrassing scandal. Rumors are circulating in the past few hours regarding how Banks apparently left his fiancee and children for a stripper known as "Pole Assassin" and her emotional support monkey. The monkey subsequently bit a child at the "Haunted House," attraction "Pole Assassin" was running. Some reports are claiming the monkey's jaws had to be "pried" from the small child's body.

The Longhorns just hired Jeff Banks who left his wife and kids to be with a stripper named Pole Assassin who has been on Jerry Springer and has a pet monkey who is a part of her stripping act!🤣😂

Which ‘Core Value’ is this again!?🤣😂🤣 pic.twitter.com/h4tujmTfQn

And since in a story like this an obligatory Jerry Springer mention is practically mandatory, it is worth pointing out the stripper is a former guest on the talk show. The stripper is claiming that rumors the child was seriously hurt are lies but in pointing out that "the kid did not have permission to be on the other side of my property" it seems that the idea that the monkey was hers and did attack a child (whether "viciously" or not) is likely.

She goes on to say that "A 11 /12 year old child should know better then [sic] to enter someone yard without permission and old enough to also follow the rules . The rules were when u get to the gate turn around and come back out for candy every other parent and child did so !"

Ok, fine, but if I was an 8 to 12 year old child in a haunted house run by the stripper girlfriend of a Texas Longhorns coach and noticed that, hey there's a real live monkey over here "the rules" might not be the first thing on my mind. She also implores people realize "this is my monkey not Jeffs , so why try and bash him for something that has nothing to do with him !" I agree wholeheartedly, if someone wanted to bash Jeff Banks they could just point out the fact he left his wife and kids so he could move in with a stripper whose monkey attacks small children!