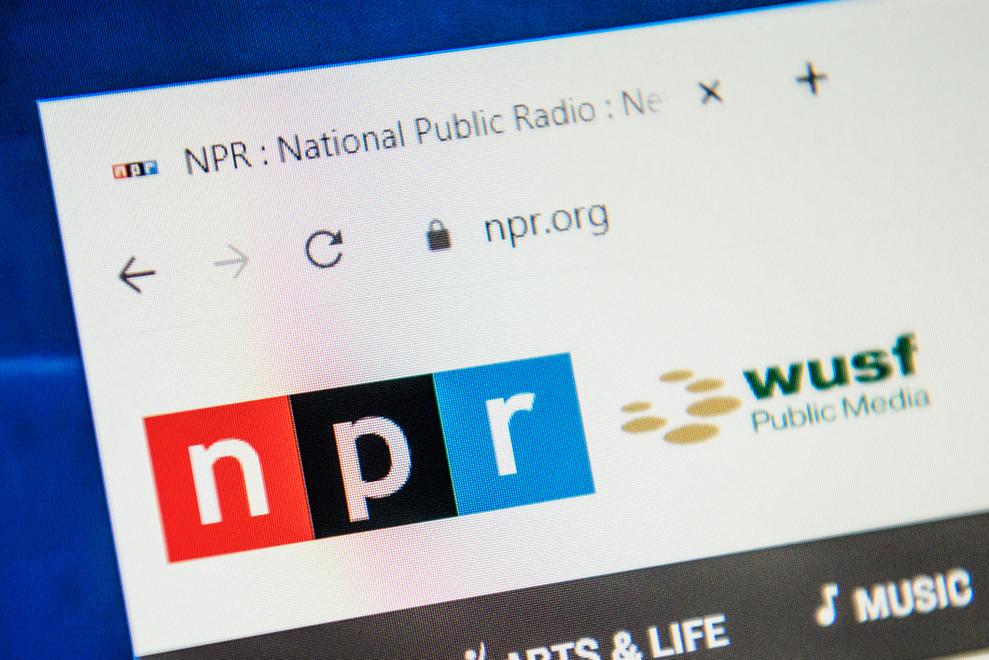 Nina and NPR vs The Supreme Court: Battle of Credibility

In the past couple decades there has been something of a credibility crisis in some of the most important institutions of our society. Though it began long before the Bush II administration, that was a major turning point, perhaps the point of no return for credibility of government and media. From the use of torture, suspension of civil rights and the use of mainstream media to plant blatantly false info in order to affect public opinion to support an invasion of Iraq over non-existent Weapons of Mass Destruction on our media and government have been suffering from a believability crisis. Trust in news media and other important social institutions has been declining for years according to Pew Research.

Considering this declining faith in the media, its almost astounding to see people supporting NPR's award-winning, star reporter Nina Totenberg over multiple Supreme Court Justices. Especially since, that requires greater faith in Nina than in multiple SCOTUS members. In case you weren't aware, a "major scoop" from NPR has resulted in a major conflict between Justices and the tax-funded news outlet.

NPR reported last week that Chief Justice John G. Roberts Jr. "in some form, asked the other justices mto mask up." The issue began when Justices Neil Gorsuch refused to mask up. Apparently the issue was related to Justice Sonia Sotomayor being immuno-compromised. An issue that should have been relevant here however is the fact that Sotomayor was not even in attendance, she was participating remotely from her office. That should have made the whole thing a non-issue but NPR was hungry for some exclusive SCOTUS story and they certainly have a big SCOTUS story now. They likely didn't assume they would be the center of said SCOTUS report, however.

Washington Post points out the whole conundrum may come down to the specific use of the word "asked." Totenberg claims that Chief Justice Roberts asked the justices to mask up at the hearing due to Sotomayor's comorbidity issue related to diabetes. Once again, it begs the question, why they would be asked to mask up when she isn't there. I'm fairly certain the only virus you can catch through a screen is a computer virus and unless your body contains some device that runs on code, a computer virus shouldn't be of great concern to even the most aged and debilitated of Justices.

Another ironic point, the article dealt with this apparent drama within the chambers, though it seems most of the drama was manufactured. Totenberg was claiming that Justice Gorsuch didn't care enough about Sotomayor's health to mask up. Once again, remember, Justice Sotomayor is not in the chambers of the Supreme Court, she is safely in her office so no amount of sneezing in the Supreme Court chambers will have any chance of flying out the windows or doors into her personal office. Totenberg points out that Gorsuch is appointed by Trump and "has proved a prickly justice, not exactly beloved even by his conservative soulmates on the court."

Wow. Justices Gorsuch and Sotomayor publicly rebuke NPR's @NinaTotenberg for her false report:
"Reporting that Justice Sotomayor asked Justice Gorsuch to wear a mask surprised us. It is false. While we may sometimes disagree about the law, we are warm colleagues and friends."

The day after the article came out, however, Justice Roberts made a rare response to a news report making it clear he "did not request Justice Gorsuch or any other justice to wear a mask on the bench." Justice Sotomayor also released a statement that seemed to call the veracity of Totenberg's story into question. For a while over the weekend, #DefundNPR was trending on social media due to the whole affair.

In fact, they also made it a point to call into question the other claim in the story that Gorsuch is firmly disliked by the majority of the Supreme Court justices:

"Reporting that Justice Sotomayor asked Justice Gorsuch to wear a mask surprised us. It is false. While we may sometimes disagree about the law, we are warm colleagues and friends."

NPR stands by my reportinghttps://t.co/eEtiNgMQet

Instead of just apologizing, NPR and Nina Totenberg decided to double down at this point. In an article on the social media backlash, Totenberg wrote that "NPR stands by its reporting." And that was it until the next day when NPR's public editor, Kelly McBride, added a "clarification" to Totenberg's initial story. Mind you, it wasn't a "correction" because that would imply the infallible NPR and Nina Totenberg might have made a mistake in their reporting. McBride pointed out that Justice Roberts may not have "asked" the Justices to wear a mask but rather that it was suggested.

Well, that's quite a difference though isn't it. I someone asks you to do something and you don't do it versus, suggesting that something be done. I also kind of relish the use of "in some form" here. Just the icing on the cake making it clear that Totenberg was not quite aware of what she was talking about at the time she wrote her story:

“If I knew exactly how he communicated this I would say it. Instead I said ‘in some form.’"

McBride eventually decided that "asked" was "inaccurate" and "misleading" and should be clarified as a result. Totenberg however didn't seem happy with this development, having already proudly tweeted about how NPR stands by her reporting. Totenberg responded to this via the Daily Beast saying that McBride "can write any goddamn thing she wants, whether or not I think it's true. She's not clarifying anything!"

This doesn't affect the support that hardcore NPR and Nina fans are radiating. Apparently for some, if Nina or NPR said it, it must be true even if (as in this case) nearly every person involved in the story is a Supreme Court Justice and has directly called into question her claims. Another irony is how Nina seems to have created a sort of public solidarity among the Justices as a result of her attempt at reporting how fractured they are. In fact, it appears that NPR's news and editing team is far more fractured than SCOTUS as this story has revealed.

Since the public editor weighing in, Nina has been careful to avoid the use of the word "asked" which is odd, considering she seemed to be claiming that the public editor was wrong, but at the same time is following her suggestions? Quite odd, isn't it? NPR is definitely still circling the wagons around their star reporter however, pointing out that McBride "is independent and doesn't speak on behalf of NPR."

They went on to add that, “Someone can ask without explicitly asking. Someone can say, ‘This person doesn’t feel comfortable being around people who aren’t masked’ or some other permutation of that and the listeners get the message.”

Words and their meaning are vital in news reporting. The fact is, suggesting something indirectly is not asking and never will be. If I hint around at something without directly asking, I am not asking, I am hinting passive-aggressively perhaps but not asking. Not only the "asking" question is an issue here though, but the claim that no one likes Gorsuch on the bench is another wild claim Nina has made that the actual Justices seem to be opposed to. As McBride has pointed out ask "is not a nuanced word."

Despite a long, esteemed career, Totenberg has stepped in it a few times before this. She was accused of conflict of interest due to her friendship with Ruth Bader Ginsburg when she was covering the SCOTUS beat. She rarely would disclose this potential conflict of interest however, is the greater issue.

Totenberg has been widely celebrated for her long career covering the court, but has stepped into controversy before. Her long friendship with the late justice Ruth Bader Ginsburg raised questions about conflicts of interest in her reporting. Totenberg covered Ginsburg for decades but rarely revealed to listeners her personal relationship.

The Post requested a comment from Totenberg but received no answer. The reply from McBride seems to stand by the intial call for a clarification while still showing some level of deference to Totenberg: “Nina is a legendary reporter, and I respect the hell out of her. I could tell that she wasn’t pleased with my analysis, but she was nothing but professional in our interactions. And, I still think her original piece overstated what her reporting showed and needs to be clarified.”

Totenberg in Daily Beast tries to claim that the Justices "non-denial denial" won't cut it, but the denials seem fairly solid to me on both the point of whether or not Gorsuch was asked to mask up for Sotomayor (who was not, it bears noting, even physically in attendance) as well as the point of Gorsuch supposedly being unliked among even the conservatives on the bench seemed fairly clear to me.

What is possibly most concerning here is the fact that, in a world where trust in the media is at an all-time low, the Justices of the Supreme Court (theoretically one of the more trustworthy branches of politics) would be seen as liars compared to NPR.
Share this article