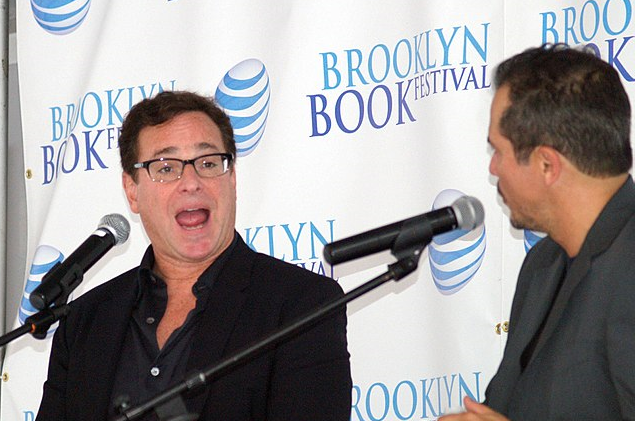 
Bob Saget has a mixed legacy, depending on what media of his you watched he's either the classic, sappy single dad from the 80s and 90s sitcom Full House or he's the raunchy stand up comedian who parodies his over the top wholesome image from that show in his act, in roasts and in a documentary about one of the dirtiest jokes of all time, The Aristocrats.

Comedian Joel McHale called Saget, "one of the most kind [and] thoughtful people I've ever come across, [and] he just happened to be one of the funniest on the planet." Other costars and those who knew him echo the sentiments. Despite his nearly grotesquely dark humor employed later in his career, those who knew him, like Kat Dennings, who played his daughter on Raising Dad (2001-2002), say he was "generous, protective, caring and wonderful."

2021 was a bad year for comedy with the death of Whitest Kids U' Know's Trevor Moore and Norm MacDonald. With the death of Bob Saget bringing in the first month of 2022, hopefully it's not a sign of more comedians to come in the new year. Saget and MacDonald were reportedly considering doing a sequel to the 1990s comedy movie Dirty Work. Saget was also a cameo in the classic 90s stoner comedy Half Baked starring Dave Chappelle. (warning some foul language in the clip below)

Saget's death at the age of 65 comes as a shock to many. He was found dead in his room at the Orland Ritz-Carlton. He was pronounced dead at the scene but cause of death has not yet been reported. He was currently on tour.
Share this article

It looks like heart attack from the vaccine --- his "booster".... Doesn't make sense now, but hopefully a real autopsy will give real cause....