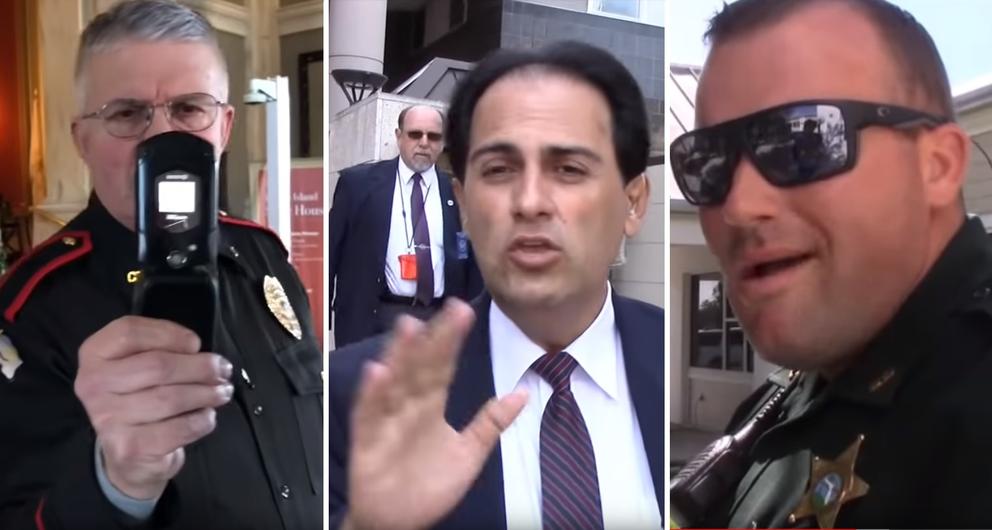 With the emerging technology of the internet and handheld cameras capable of recording high definition video becoming accessible to everyone, there have been a number of unexpected phenomena that has grown out of these advances. Among them is obviously YouTube, the largest video sharing platform in the world. As part of the ever-expanding possibilities that affordable production equipment and a virtually free method of distributing content across the globe through YouTube, a group of American citizens have emerged who call themselves First Amendment Auditors.

What Is A First Amendment Auditor?

A First Amendment Auditor is simply an American citizen who will show up at government buildings with a camera and simply film which is permitted by law and test how law enforcement responds. If their rights are violated they fail the audit and a lawsuit ensues which is often settled out of court. If the federal officers or police do not violate their rights, they pass the audit. Either way, the video of the entire "audit" is posted on YouTube for all the world to see.

The short answer is yes. Filming in public is a constitutionally protected activity. Anything that can be seen from public property can be filmed, and that includes government buildings which are considered publicly owned such as the Department of Motor Vehicles, Public Libraries, and even courthouses, although it is not legal to film in an actual courtroom in most jurisdictions. I don't want to pretend like I am a master of the law and there are caveats which bear further explanation.

Instead of risking giving the wrong information, I'd like just to bring attention to the First Amendment auditors of YouTube and let their videos speak for themselves.

The first video comes from one of the biggest YouTube channels that conducts First Amendment audits and is called "News Now Houston." In this unedited video, the auditor is filming outside of a Federal Courthouse in an attempt to exercise their right to film in public. Here are the law enforcement reaction and the subsequent exchange between the auditor and federal agents. At one point, the auditor references a Department of Homeland Security Bulletin which outlines the public's right to photograph the exterior of federal facilities. Here is that DHS bulletin.

This next video is from a channel called "Auditing America" and features the auditor's encounter with law enforcement at the Rhode Island State House.

This next video comes from a channel called "SOTHEYCALLITFREEDOM me." The description of the video says, "I attempt to see if the legal Precedent In Cohen Vs California is still Protected. Several Public Employees attempt to Stop me from filming in public or having free speech." The auditor walks around inside Charlotte County public buildings wearing a shirt that reads, "Fuck the county."

For a little bit more on Cohen Vs California, here is an excerpt from Wikipedia:

"The Court overturned a conviction against Paul Robert Cohen for the crime of disturbing the peace by wearing a jacket displaying "Fuck the Draft" in the public corridors of a California courthouse. The Court ultimately found that displaying a mere four-letter word was not sufficient justification to allow states to restrict free speech and that free speech can only be restricted under severe circumstances beyond offensiveness. The ruling in Cohen v. California set a precedent used in future cases concerning the power of states to regulate free speech to maintain public civility." So in essence, this auditor's actions of wearing a shirt that says "Fuck the county" and filming in public buildings is perfectly legal since the United States Supreme Court ruling trumps "building policy."

Here is another audit from the same YouTuber, this time at the Florida Department of Motor Vehicles. The result is the same as the last video, and when police arrive, they do not interfere or arrest the auditor as they understand that he has not broken a law simply by filming in a public building.

This final video comes from a channel called "MEXICAN PADILLA" and also conducts First Amendment audits but rather than be cordial with law enforcement, this particular auditor takes it to the other end of the extreme and uses foul language against officers who are ultimately unable to arrest him once it is determined he has not broken any laws. Ironically, I continued following this channel's audits and because of the aggressive nature of his audits, the police department in his city has taken things a bit personal and have arrested him multiple times every chance they get.

I don't agree with how "MEXICAN PADILLA" conducts himself during his audits as it creates a poor picture for law enforcement of auditors who are generally just law-abiding citizens who are respectful and have never been arrested or convicted of a crime.

A fine line here between respecting a persons privacy in public vs public figures and officials.

Our Community Watch Team is forced to repeatedly cite the GA. O.C.G.A. § 16-11-66 and rulings. Rulings that have made it clear stated ...What is seen in open Public View by any citizen can be recorded and redisplayed.

It is amazing that Thugs, Elected Officials and yes an extremely small number of law enforcement using old school tactics feel they can demand that a recording be stopped on request.