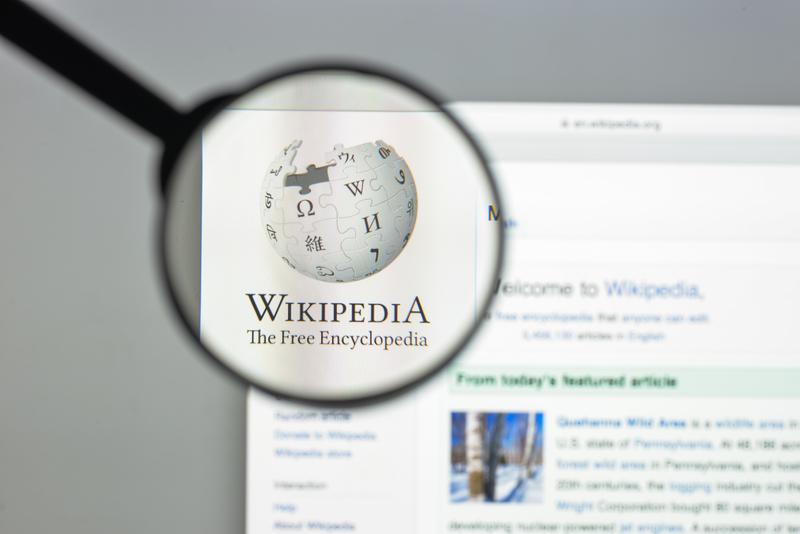 Wikiwarfare: How Wikipedia's Platform And Inherent Bias Makes It A Perfect Tool For Propagandists

Wikipedia, the "online encyclopedia" is, despite all the jokes about how flawed and biased it is due to design, still one of the first stops for information seekers on the world wide web. The issues, however, have not lessened over the years and with more and more focus on how delusion and disinformation spread online, Wikipedia certainly deserves a closer look.

Due to allowing "anyone in the world" to write "anything they want" (as The Office's Michael Scott puts it) is bound to cause a few problems. Due to the prevalence of the site and how it's user-gathered and edited results are so easily altered by anyone, it's become a magnet for "propaganda trolls." When multiple entities take it upon themselves to wage war via "social propaganda" Wikipedia and Google search results often become important "turf" in such territorial cyber-squabbles. Spamming social media and other channels of communication, editing Wikipedia and working to manipulate your and/or your opponent's SEO have become a part of a practice that is something akin to the evil twin of social media marketing.

This has resulted in what are called "Wiki wars." Individuals or groups who use MediaWiki platforms to influence Google's search engine and shape the narrative are engaging in a form of cyberwarfare. A modern form of Psyops that's far more advanced than old practices like dropping pamphlets from helicopters.

Gamergate was an example of a topic which inspired heated "wiki warfare" to help control the narrative and influence the sentiment related to whatever person, topic, idea or event was presented on the proving grounds.
"as sophisticated methods" as used by foreign agents.

Google search often defers to Wikipedia for a quick "answer" to a query. Is Gamergate misogynist? Is kratom dangerous? The answers to these highly charged questions may come straight from Google via quoting a Wikipedia article in the "info sidebar" on the top right of the browser window when you enter a simple query.

Wikipedia (which is also used by Siri to answer queries) is often vandalized by those who have some ideological ax to grind, for example, the vandals who had Donald Trump's Wikipedia hacked to reveal a picture of a penis during searches. The Wiki/Siri/Trump/penis vandalism actually occurred multiple times.

Similarly, Google blamed Wikipedia vandalism for their sidebar explaining that one of the planks of the California GOP was "Nazism."

Wikipedia was similarly used by vandals during the Midterms to slander North Carolina State Senator Trudy Wade. Her photo in the Google Knowledge Panel in the upper right-hand corner was marked with red print proclaiming her as a "BIGOT."

We've heard a lot about election meddling from foreign sources in the mainstream news, but not much about the domestic forces, corporate money, opposition research firms and intelligence agencies. Somehow, though, when it was revealed that the Roy Moore election was tampered with by Johnothon Morgan of the New Knowledge firm by planting a "false flag" spreading rumors online that Moore's supporters were actually a Russian botnet. Then there are all those other "American individuals and interests" who are scuffling in the dark for control of Wikipedia and, with that, greater narrative shaping capability.

But what about the cases that aren't US citizens? Does that still count?

Noam Chomsky warned that Russia was not and could not be nearly as influential or dangerous to our democracy as Israel has been and continues to be. The very idea that Russia poses a danger while Israel ignored was "a joke" according to Dr. Chomsky.

"Israeli intervention in U.S. elections vastly overwhelms anything the Russians may have done," Dr. Chomsky said. "I mean, even to the point where the prime minister of Israel, Netanyahu, goes directly to Congress, without even informing the president, and speaks to Congress, with overwhelming applause, to try to undermine the president’s policies—what happened with Obama and Netanyahu in 2015. Did Putin come to give an address to the joint sessions of Congress trying to—calling on them to reverse U.S. policy, without even informing the president?"

"And that’s just a tiny bit of this overwhelming influence."

Israel's "hasbara" or influence of public policy (a fun, lovable way of saying "propaganda") has been a powerful force online for years. Zionist trolls or "hasbarats." To be fair, though, even Wiktionary makes sure to link the term "hasbarat" with "propagandist", so it's not just me making the connection.

The Guardian has reported on "Wikipedia editing courses" launched by Zionist groups in an attempt to infiltrate the editing community to sway public opinion in that way. Atrocities such as anIsraeli nerve gas attack on Palestinians in 2001, have had their entry deleted entirely as a result.

Below you'll see a short segment from Arutz Sheva TV in Israel "As a way of example, if someone searches the Gaza flotilla, we want to be there. We want to be the guys who influence what is written there, how it's written and to ensure that it's balanced and Zionist in nature."

Whoaaaa, there Kemo-Sabe. Did you want to ensure that it's truthful and balanced or did you want to make sure you influence what's written there and that it's "Zionist in nature?" Hate to break it to you, but you can't have both there, buddy.

Scientology has been banned from editing Wikipedia for about a decade now. This after numerous complaints of Scientologists peddling propaganda and pushing personal vendettas against former Scientologists turned whistleblowers and anti-Scientology or general anti-cult activists and reporters.

Scientology was banned by a 10-1 vote from the arbitration council of Wikipedia. Any church owned computers, their IPs and that of "associates" of Church of Scientology have been (theoretically) effectively banned.

SPOOKS, AND PR FIRMS AND WAL-MART, OH MY!

According to BBC, CIA has gotten in on the fun of manipulating Wikipedia for purposes of propaganda. Also on the list are the Vatican, not to mention corporate entities like Exxon-Mobil and Wal-Mart. The PR firm Bell Pottinger even offered Wikipedia edits as part of their brand image make-over.

The CIA deferred to the Glomar response, admitting they can not confirm the story, but noted they'd like to "in any case to underscore a far larger and more significant point that no one should doubt or forget: The CIA has a vital mission in protecting the United States, and the focus of this agency is there, on that decisive work."

So in other words, yeah, we did it, but we're not going to admit we did it and besides "national security." And that's the crux of it right there. All these groups warring in cyberspace using social media, search engine ranking, Google and Wikipedia as their battlefield have disparate goals in mind. The end goal they all share, however, is quite simply to affect the information you consume and by doing so, shape your opinions, beliefs and even actions.
Share this article