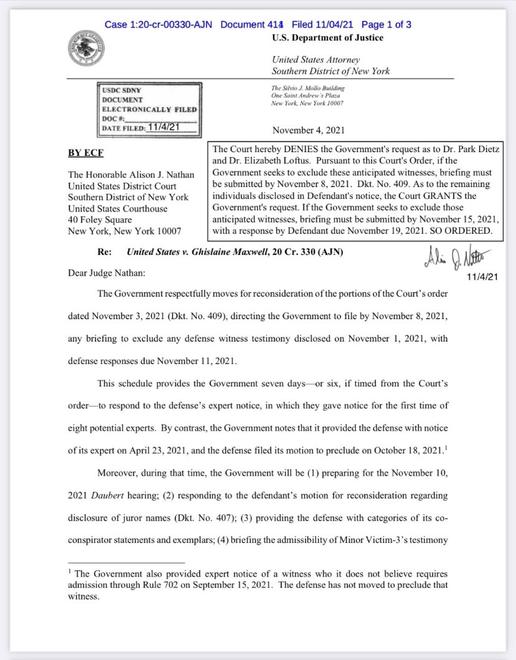 With Dr. Elizabeth Loftus having just testified on behalf o f the defense in the Ghislaine Maxwell trial, more people are delving in to the background of the False Memory Syndrome Foundation she was associated with. Dr. Morris Jolyon West, the MK-Ultra researcher and cult expert was also a member of the group's Scientific Advisory Board. I wrote about the False Memory Syndrome Foundation and their connection to pedophile activists like Ralph Underwager and other interesting tidbits from the group's history in my book Pedogate Primer: the politics of pedophilia.

L: What are you writing or what is your product going to be? L

PF: I’m interested in the memory wars of the 80s and 90s and in the False Memory Syndrome Foundation which was a key part of what some have dubbed the memory wars.

PF: And first off, I wanted to ask, just a personal question you recently won the prestigious John Maddox award for science, but this is just one of many awards and commendations you’ve received. What would you say is your greatest achievement and/or the most proud moment in your professional career?

L: Well those are two different questions, I think the achievement I would answer by saying, I’ve spent a terrific professional life. I get to make scientific discoveries and also apply those discoveries to real world cases and to help people along the way. That’s my greatest achievement?

PF: So you were always interested in science as a vocation? When did you realize that’s what you wanted to do?

L: No, it wasn’t I contemplated a bunch of other things, I was maybe going to be a high school math teacher

L: That’s what I thought I’d end up doing.

PF: I wanted to be an entomologist until i realized “Oh, wait, you have to touch the bugs?”

You were one of the original members of the False Memory Syndrome Foundation scientific advisory board, what was that experience like?

L: First of all, I was working on these repressed memory cases when I got a call from Martin Orne who was one of the original members, I wasn’t. He asked me if I would join this board since I had been doing research on memory distortion and had already worked on a few cases of claims of repressed memory and was deeply interested in the issues it was just a natural thing for me to do to become a member of what became a very, very large, fifty people or something scientific advisory board. That happened maybe in 1993ish...

PF: Ok, I know you published an article about the False Memory Syndrome Foundation in Washington Post in 1991...

PF: Okay, once again thank you and please correct me on my details because I want to make sure this is as accurate as possible. And I think you answered another one of the questions I was going to ask I was going to ask you if the Freyd’s contacted you, perhaps they saw that article but sounds like.... I knew Dr. Orne was your entry... [note: Dr. Martin Orne also worked on the CIA's MK-Ultra mind control program, Loftus herself was a consultant to the CIA and is referenced in the Hoffman Report related to APA ethics issues related to Guantanamo Bay.]

L: I didn’t know them before I got involved in this issue, but I certainly knew who Martin Orne was, a very prominent psychiatrist who was very involved in the organization

PF: Ok here’s another question, do you believe that there are cases of... because this is another one of the controversies in the memory wars, speaking of war. Are you of the opinion that trauma-induced memory loss in Vietnam veterans is something that happens or is that another case of “psychological confusion?”

L: Well, there are lots of reasons combat veterans have difficulty remembering things. Some of them have to do with the physiological...

PF: So in a way, I guess you could say, there are cases of trauma induced memory loss, but its kind of an apples and oranges thing compared to the FMSF case.

L: Well, I mean, show me a case where they said ‘I really thought it was a lovely war until I went to therapy and then no I learned that no, it was horrible. Those cases don’t look anything like the claims of repressed memories

PF: Ok, now for your work, which of course you’re very proud of, have a right to be proud of, you’ve had a long and distinguished career. You’ve also however received a lot of hate mail, death threats, I know that occurred a lot in the 90s... another two-parter do you think this was due to your work with the foundation and your position on false memory syndrome...

L: Oh no, it was definitely my position on the issues

L: the skepticism that I was expressing in my speeches and in my writing. (nods)

PF: Because it’s a hot button issue, have the hate letters and death threats subsided at least?

L: Well I testified earlier this year for a very unpopular person in a sexual assault case and there was a lot of publicity about that so they, I ended up getting a new round of hate mail, but that was early at the beginning of this year (recorded Dec 2020).

PF: I’m going to go out on a limb here, I’m assuming you’re talking about the Weinstein trial. Can you tell me what that ordeal was like and if there were any limits on the testimony you were able to give on the stand?

PF: Oh my gosh, I would love that!