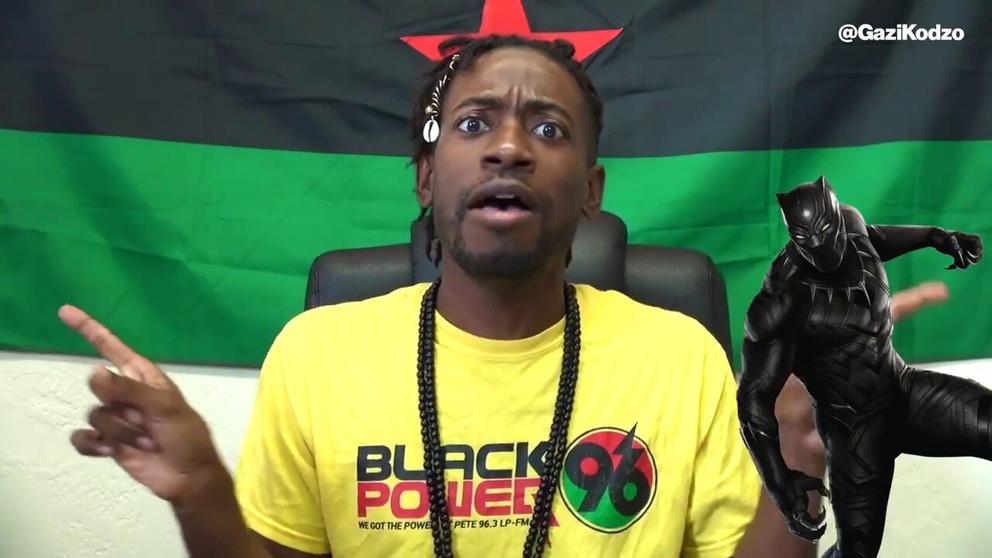 Here at The Goldwater we've reported several times on the astounding amount of fed informants placed within the Alt-Right, groups like the Proud Boys, Antifa and other so-called "grassroots" wannabe revolutionaries. This is not to say that all members know they have signed up for a honeypot that suits the agenda of the security state, of course. That's the literal definition of a useful idiot, after all.

You heard it here first! The Black Hammer Organization and the Proud Boys are FORMING A COALITION to defeat the disgusting p*do-loving, welfare economy demoncrats and their puppet master, BIG PHARMA who has been poisoning all of us for too long. pic.twitter.com/onkHqAQvay

The Proud Boys have at least a handful of local police and FBI informants in play, including one of the leaders of the group Enrique Tarrio. Another group that has long been accused of being the brainchild of some revamped, warmed-over COINTELPRO plot is the Black Hammer organization.

Black Hammer is a rather cultish group that was raising funds to supposedly set up a city in the mountains. They embraced virulent antisemitism and ethnonationalism and their leader wanted to be "the leader of the anti-white revolution" but now it seems they've decided to team up with the Proud Boys. As mentioned previously at The Goldwater, the group seems to be more interested in fundraising, rabble-rousing, troublemaking and trend hijacking than any meaningful societal change. Latching on to the anti-Fauci agenda and putting their lot in with the Proud Boys is just another example of such behavior.

Black Hammer is led by Gazi Kodzo who insinuated himself into a Black Nationalist group a few years ago before being asked to leave at which point he started his own little political cult of personality known as the Black Hammer organization. The strange bedfellows effect may seem confusing to some but history repeats itself. Not unlike Marcus Garvey teaming up with the KKK, Malcolm X and George Lincoln Rockwell of the American Nazi Party or even the Hotep movement expressing solidarity with white nationalists, it seems like a story that continually repeats itself.

Supremacists of a Feather Flock Together: From Nazis and the Nation to Hotep and White Nationalism

Gazi claims in his interview with Gavin McInnes, founder of the Proud Boys, that he and Black Hammer have more in common with the right at this point, despite being a proclaimed Marxist until just recently. He also claims in the interview that the reason for his falling out with Black Lives Matter and Antifa is related to his stance against pedophilia.

As for how all this will work out in the end, its too early to say. Black Hammer City was a spectacular failure despite thousands of dollars raised that when to God knows what, but my advice is to stay away from any so-called "revolutionary" or "dissident" organizations that smell as much like a honeypot as this "coalition."
Share this article