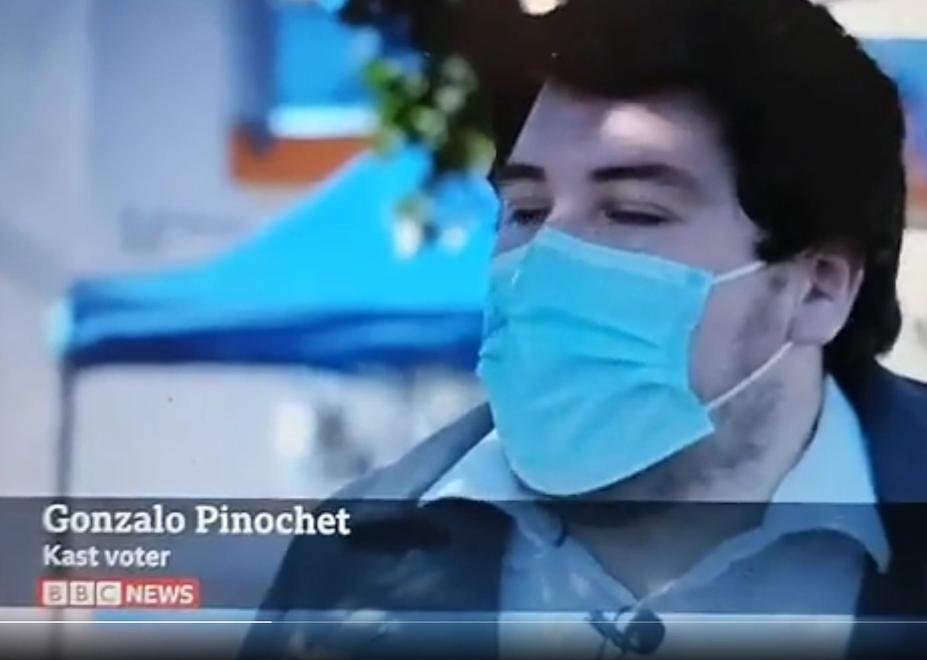 BBC, the Jerusalem Post and other papers are excoriating president-elect of Chile, Gabriel Boric. Probably the most ironic thing about the whole situation is how intent they are on painting him as dangerous. Boric is the youngest president-elect in Chilean history. He also is a self-proclaimed leftist... and apparent Taylor Swift fan. Jerusalem Post expressed the concerns of the Jewish community in Chile due to the fact that Boric is pro-Palestine.

The ultimate irony is exposed here. Who was Boric's opponent? Why the literal son of a Nazi military officer who was spirited away to South America to escape justice following the fall of Hitler's Third Reich. BBC spoke with a "concerned voter" who supported José Antonio Kast, the Nazi's son in the election. That voter? None other than Gonzalo Pinochet, and yes, he is related to that Pinochet.

Thank you @BBCNews for finding these everyday Chilean voters to discuss whether Chileans really want the socialist leader they just elected! And yes, they are related pic.twitter.com/tMueFeejkb

I've seen plenty of jokes online pointing out how he even looks basically like every Democratic Socialists of America member or like the South American version of Chapo Traphouse, a condensation of the entire Brooklyn podcaster into a singular human form. And yeah, I can certainly see that. Regardless however, it is beyond amusing to see the Jerusalem Post argue on behalf of the Pinochet-supported, far-right leaning Nazi's kid.

Politics makes strange bedfellows. Regardless of how things will turn out with Boric in Chile, its interesting to realize that the USA was charged both with installing Auguste Pinochet as a dictator and then later having to remove him once he had outserved his usefulness.

Jerusalem Post went as far as to claim "it may have been the Jewish community that lost." Wait, because a Nazi officer's son, a friend of the Pinochet family, didn't win the election the Jews of South America are in danger? I'm a little confused. Strange political bedfellows at the very least.

The #election results are viewed negatively by #Chile's Jewish community due to #Boric's outspoken anti-#Zionist stance.https://t.co/67btb4kczo

It's a shame that many people, including some within the Jewish community, still fall for this kind of thing. Supporting Palestine and believing that Israel has a right to exist don't have to be contrary goals. Criticizing the treatment of occupied Palestinians is not a form of anti-semitism. We saw the same sort of thing attempting to smear Jeremy Corbyn as a bigot. In actuality, associating Jews in general with Israel and Zionism seems to be more racist than supporting equality among the descendants of the Holy Lands (Palestinians included).
Share this article