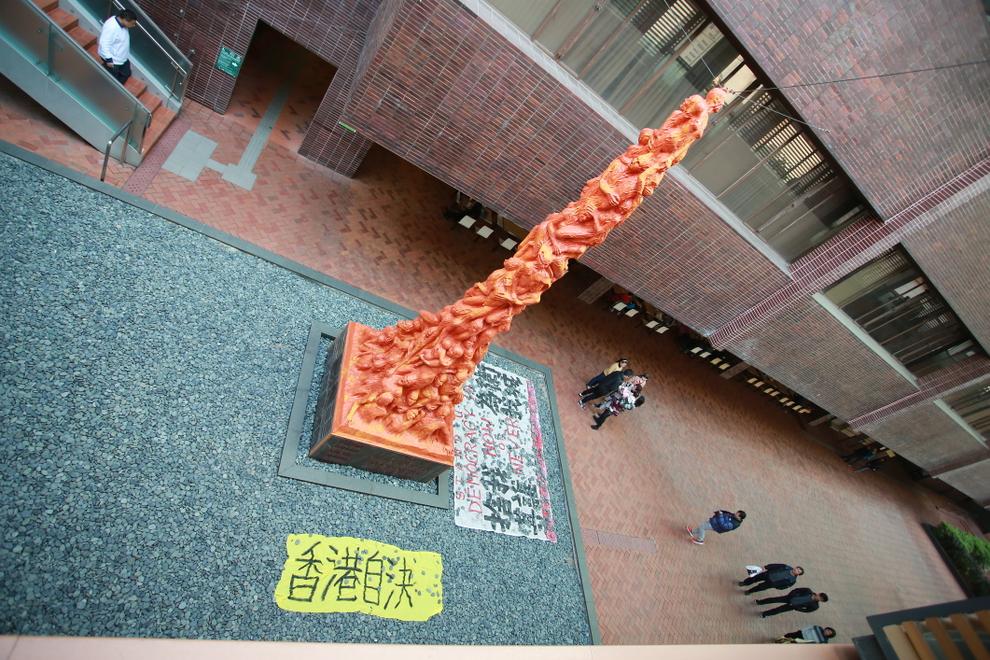 For over two years, the Chinese Communist Party's attempts to meddle in Hong Kong affairs has only heated up. This comes much to the chagrin of the majority of the country. In the last elections, pro-democracy candidates won by a landslide and pro-Beijing CCP loyalists received few votes in what was one of the most popular elections in years. Despite the overwhelming support for the Hong Kong way of life, the interruption of "two systems, one state" continues. From the massive crackdown on peaceful protesters, ties between Hong Kong Police Force and pro-Beijing triad gang members who beat protesters and eventually the National Security Law has changed Hong Kong drastically since the umbrella protests of 2019.

As we've reported previously here at The Goldwater, Carrie Lam and other members of the pro-CCP contingency in Hong Kong government has supported a few changes that would lessen the climate of Tiananmen Square memorial spirit and solidarity that had long existed in the region. The Hong Kong Tiananmen Square museum is now closed, vigils were shut down this year for the anniversary and now a monument, called the "Pillar of Shame" dedicated to the victims of the Tiananmen Square protests.

Initially the statue was ordered removed last week, specifically the deadline was in the midst of a T-8 typhoon warning.

The University of Hong Kong is not budging on their demand that a Tiananmen Massacre statue be removed from campus despite recent typhoons. A group of civil society orgs has called on US law firm Mayer Brown to stop representing the university. Full story: https://t.co/PNMJLcnsQ3 pic.twitter.com/6lPcixbFU7

Until the weekend, the U.S. law firm Mayer Brown had been enlisted to assist Hong Kong University in having the Tiananmen Square Massacre memorial removed. That's right, a US-based law firm attempted to help erase one of the last reminders of the CCP massacre left in Hong Kong.

When the legal action turned into a PR nightmare, Mayer Brown had a sudden change of heart trying to minimize their actions as running dogs for an imperialist and authoritarian bully.

Hong Kong University attempting to have the monument removed is really just a sign of the times. Despite the popular will of the people and the votes cast for representatives it seems the idea of "two systems" is fast fading with Hong Kong being turned into the mainland even as Chinese warhawks threaten Taiwan with a "final solution.'

The CPC's warning against secessionism is not just talking the talk, and whether the final solution of Taiwan question will be peaceful or not, the secessionists will be judged, condemned and punished. This is also a promise to all Chinese people: expert https://t.co/cjB6ERsIrQ

The new and "controversial" head of Hong Kong University makes his opinion clear stressing the importance of political education and "boundaries" when it comes to free speech. Despite all the sabre rattling surrounding Taiwan, I genuinely expect China will continue acting in an intelligent manner with regards to foreign policy. They will continue to apply pressure in Hong Kong, hoping to move slowly enough so as not to earn the eyes of the world again as in recent years regarding the Uyghurs, Hong Kong and Taiwan. Even as they warn sovereign nations like Taiwan of impending invasion, keep your eye on how they treat Hong Kong for a real barometer on the threat posed elsewhere in the world beyond their stated borders.
Share this article