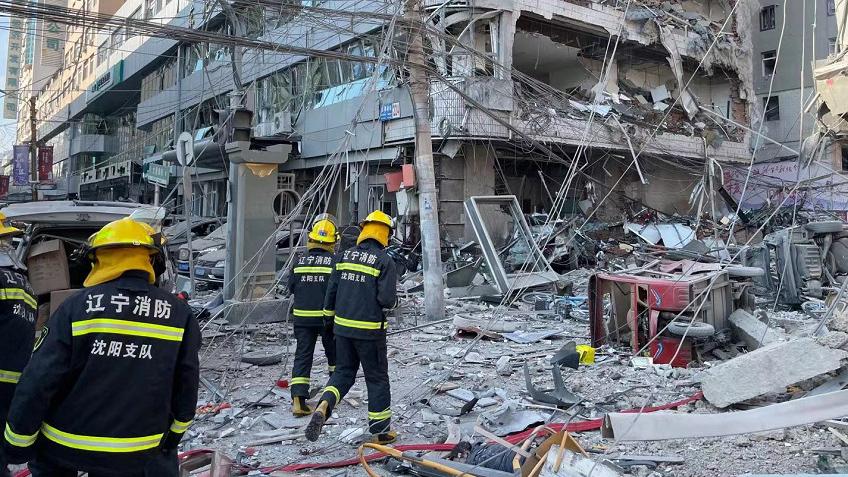 The scene looks like something from a disaster movie or the scene of a wartorn wasteland. 4 are reported dead at current count and amazingly only a few dozen injured but the gas explosion in Shenyang in northeastern China has decimated blocks of a street. The cause was a gas explosion in a residential and commercial building according to local authorities. The cause of the incident is still unknown as of this writing.

As for now, all that's left of the building itself are the architectural innards, concrete guts and steel frame skeleton poking through with buckled and upturned road covered in debris. Even windows of nearby buildings and vehicles were blown out by the force of the incredible blast. This will be the second time a similar incident involving a gas explosion in China resulted in tragedy. This June a gas explosion in China killed 25 and injured over 130.

Is China Ok? Embassy Tweet Fail: The Wolf and the Lamb Fable

Billowing smoke could be seen on videos captured by those in the area. South China Morning Post reported that the gas leak is believed to have begun in a restaurant in the building that was the center of the explosion.

According to SCMP, a woman living on the fifth floor of a building opposite the explosion said every window on her block had shattered.

"I was scared when the explosion happened. Then I saw the fire trucks. They came quite quickly, after about a little more than 10 minutes."